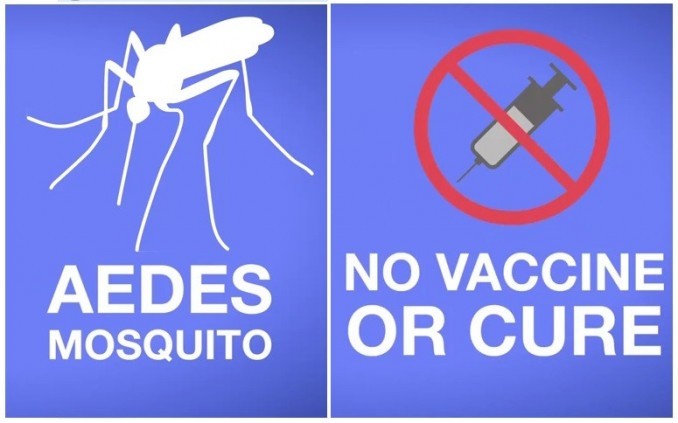 With no national funding or coordinated prevention plan to stop it, the Zika virus is starting to sweep through the Gulf Coast states.

Scientists have now confirmed that the virus can cause microcephaly — underdeveloped head and brain — in a fetus. It is also linked to Guillain-Barre and other neurological disorders, and can be spread through sexual contact as well as by mosquitoes.

Zika is usually spread by a particular type of mosquito, Aedes aegypti. Dr. Anne Schuchat, deputy director of the Centers for Disease Control and Prevention, believes that Aedes aegypti is now present in about 30 states.

“We think there could be hundreds of thousands of cases of Zika virus in Puerto Rico, and perhaps hundreds of affected babies,” Schuchat predicted. Puerto Rico has already reported nearly 600 locally acquired cases, including 56 pregnant women and five cases of Guillain-Barre syndrome.

States surrounding the Gulf of Mexico are expected to be the hardest hit, especially Florida and Texas. Similar to Brazil and Puerto Rico, these states have conditions ripe for the proliferation of mosquitoes: warm, moist climates; crowded, low-income neighborhoods; and stagnant water collecting in garbage dumps and drainage ditches.

Pregnant women in these states also have to face reactionary laws and practices that limit abortion and contraception.

The Obama administration has requested $1.9 billion to prepare for Zika. Republicans are stalling, indicating they might approve only $1.1 billion. That puts the financial burden on local governments. The majority of counties in the South are impoverished and not prepared for the Zika onslaught. There is no coordinated plan for what is now being called an international emergency.

Like Brazil, where abortion is illegal, Southern states have harsh anti-choice laws. In Brazil, nearly 1,000 babies have been born with microcephaly since the Zika outbreak last October. Mothers of these children, most living in poverty, face a lifetime of caring for children disabled by this devastating condition.

In Texas, 10 out of 36 abortion clinics have been shut down since 2012 as a result of the state’s anti-choice HB2 law. Researchers from the Texas Policy Evaluation Project (TxPEP) found that more than 25 percent of women seeking abortions in Texas now live at least 139 miles from the nearest clinic. Long distances, loss of a work day, plus money for childcare and transportation, put women, especially poor women, in a tough situation.

The TxPEP study surveyed 400 women seeking abortions and found that 32 percent “spent more than $100 on expenses beyond the cost of an abortion. Thirty-seven percent who lived far from a clinic did not get the abortion they wanted.”

The study also found that “between 100,000 and 240,000 women of reproductive age living in Texas tried to end their pregnancy on their own.” (thinkprogress.org, March 30)

Florida, with the most confirmed cases of Zika, as well as Alabama and Mississippi, all have laws similar to those in Texas. One law even prevents state funding for reproductive health clinics if they offer abortions. Other laws also decrease access to contraception at a time when the virus is believed to spread more quickly through sexual transmission than was previously thought.

The United Nations has called for countries hit by the Zika virus to loosen anti-abortion policies and provide access to birth control. “But no U.S. lawmaker — let alone health organization — has mentioned Zika’s looming threat to areas lacking sufficient abortion access on their own soil.” (thinkprogress.org)

Evidence for the Zika-microcephaly link has been accumulating since October 2015, when cases in Brazil were found to have risen from 163 per year to nearly 1,000 over six months. Polynesia had a surge of microcephaly after its Zika outbreak in 2013.

It was later shown that the Zika virus could cross the placenta and reach the fetus. (Lancet, March 15) Zika was found in the amniotic fluid surrounding microcephalic babies and in the brains of stillborn fetuses. (New England Journal of Medicine, March 10) The virus was found to attack developing brain cells in fetal nerve tissue. (Cell Stem Cell, March 29)

The findings are a breakthrough for scientists who can now focus on developing a Zika virus vaccine and preventing widespread infections. A possible vaccine could be ready to test by September.

Cuba, by contrast to Puerto Rico, has only nine confirmed cases of Zika. Abortion there is legal, free and available upon request. A sovereign country building socialism, Cuba emphasizes public health, so everyone is covered.