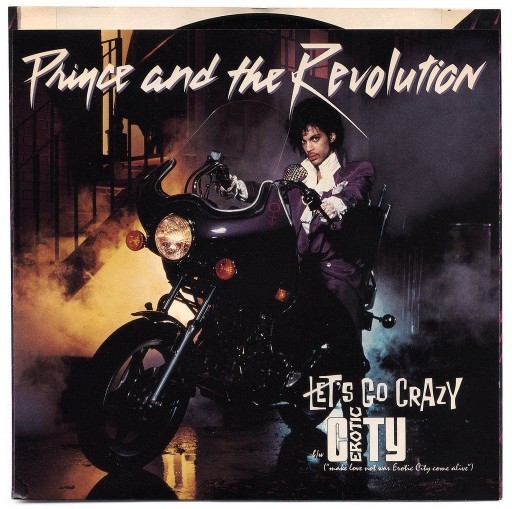 On the morning of April 21, the musician Prince, born Prince Rogers Nelson on June 7, 1958, was found slumped in an elevator in Paisley Park, his home and recording studio in Chanhassen, Minn., near Minneapolis. He was later pronounced dead after paramedics arrived.

Tributes from around the world started, most of them spontaneously. People gathered at important cultural centers, like the Apollo Theater in Harlem and the First Avenue Club in Minneapolis. That was made famous by Prince’s movie “Purple Rain,” which was the name of his inimitable sixth recording, which some consider the best movie soundtrack of all time.

When it was confirmed that Prince had died, it hit this writer and millions of others like a tsunami, a cultural tsunami — a deluge of memories set to music of the faces, voices, eyes, mistakes, loves and losses, struggles and being caught, of twisting, turning, tumbling and being rolled over, that almost drowned Prince’s fans in decades of things past.

On a personal level that is what Prince meant to so many. His music defined our lives. He was us, Black and defiant. He was us, what we were and thought of ourselves then, what we had become, and our thoughts of our past selves and what we hoped to be. But Prince was even more than that.

For days after his death, people mourned in Prince’s favorite color, purple. Throngs gathered, swayed and rocked, singing and dancing and obligatorily crying the “whooo hooo hooo hoo” that occurs two-thirds of the way into the song “Purple Rain” before Prince’s guitar solo, the piano and strings fade out.

The disbelief was still palpable — that such a cultural giant, short and petite, whose stage presence was like Little Willie John’s, powerful and long lasting, was gone so suddenly. The Broadway musicals “The Color Purple” and “Hamilton” played live tributes to the artist after performances — singing “Purple Rain” and singing and dancing to “Let’s Go Crazy.”

Prince had supreme talent. He said in a 2010 Daily Mirror article: “Music is my life. It’s my trade. If I can’t get it out of my head I can’t function. Someone told me they saw me at my peak, but how do they know when my peak is? I think I’m improving all the time. When I listen to my old records I’m ashamed of how I played then.”

His musicality is evident in his ability to play a multitude of instruments. His first three full-length recordings were arranged, composed and all the instruments played by him. The need to be free of the music in his head is the most apt way to explain his perfectionism and the need to do all things. Though, as his career progressed, from his third recording, “Dirty Mind,” on, he included accompaniments by others. His first band, The Revolution, formed in 1979, was first featured on the album “1999.”

‘Someone doing something different’

During much of Prince’s musical career, he seemed to be able to inhabit multiple genres or transition seamlessly from one to the next. His experimentation and innovativeness are akin to that of Miles Davis, who was constantly bursting genres of jazz.

Both musicians, in different ways and with different temperaments, spent their musical careers growing and changing, rarely being in the same place or caring what any critic might say or demand. In his autobiography, Davis is effusive in his praise of Prince, saying, “His shit was the most exciting music I was hearing in 1982. Here was someone who was doing something different, so I decided to keep an eye on him.”

The music Davis was most likely referring to in 1982 was from the “1999” release. That album was more well received than Prince’s four preceding albums. It was fuller musically, rich with the sound emanating from Minneapolis, where Prince was born and remained for most of his life. Prince made his unique blend of funk, rock, R&B and synthesized music popular.

Prince was an artist. His life and the art created by him express the experiences of and the desire and need for freedom and equality for all people, especially Black and other oppressed people. Davis also said of Prince: “He’s got that church thing up in what he does. He plays guitar and piano and plays them very well. But it’s the church thing that I hear in his music that makes him special, and that organ thing. It’s a Black thing and not a white thing.”

The church sound is the synthesizer organ used in “1999” that rises over the drum machine, vocals and other instruments. Questlove of the Roots recognized the programming of Prince’s drum machine for its importance at the time and its relation to the burgeoning hip-hop scene. The prominence of the drum machine grew in hip-hop productions.

Part of the “church thing” Davis referred to in Prince’s music is that everything becomes an instrument in church. The atmosphere, the give and take among the song leader, choir and parishioners, the drums, organs, toe tapping, pew slapping and bible thumping — it is a raucous experience that no one in the space escapes. The synthesizer in “1999” lives in everything, reaching out, filling space and receding only to splay out again. The interplay among band members, Prince and the audience feels like a religious experience.

“1999” is not an overtly political statement, and what it does make in the song “Free” is muddled, as it celebrates an illusory freedom that supposedly exists in the United States. Prince’s earlier attempt at politics was a reactionary take on the Cold War, where he blamed the Soviet Union and the leftist movement for the tension and potential of nuclear war. The song “Ronnie, Talk to Russia” would be forgettable if not for it being a sign of Prince’s political trajectory. In the late 1970s and early 80s, politics and mainstream culture in the U.S. swung sharply to the right.

Prince was daring. His representation of himself was daring, not just in his music, which in this period was highly sexual and provocative. He pushed not only the boundaries of what was acceptable to listen to, but he exploded gender boundaries. He proudly wore high-heeled boots, eye liner, and sequined and purple clothes, and was an avid and very good basketball player.

Prince would appear on stage in knee-high boots and underwear, singing in a falsetto, though he could shift his register to a baritone. He employed shrieks, howls and very sensual moans throughout.

Prince’s androgyny was not new. Little Richard was very much ahead of his time, and different Black male musical acts sang in different registers, from high falsetto, such as the Philadelphia sound groups the Stylistics and Delfonics, to falsetto such as the Temptations’ Eddie Kendricks. With Prince it was very much not just who he was, but he enjoyed breaking stereotypes and gender roles.

His androgynous appearance and the popular heights to which Prince ascended influenced a generation of young people, especially Black people, since mainstream white radio stations did not often play Black musicians. Even MTV refused to do so until Michael Jackson’s “Thriller” became so popular the station couldn’t ignore it.

Prince did not temper his expression. He continued despite what critics or mainstream tastes deemed popular.

Prince’s politics were in formation throughout his life, influenced by current events, as were his thirst for creative freedom and control over his music. Prince could never be described as anti-capitalist, but later in his life, starting with his struggles against Warner Bros., he became more and more a proponent of Black ownership and control over creative industries.

During the struggle with Warner Bros., Prince changed his name to a symbol and appeared in public with the word “Slave” written across his cheek. Of course, Prince’s material life was not that of someone enslaved, but his salient point was to tie the struggle for his financial and artistic control over his image and music to the historic struggle of African-descended people against slavery, both actual and de facto, and for liberation. This, and his later insistence that Black musicians control their masters, can be seen as necessary in order to break from white supremacy. While it might be advocating for Black capitalism, which has its own contradictions, this struggle must be seen in light of the history and development of capitalism and imperialism in the U.S. Prince covered a 1970s’ Staple Singers’ song, “When Will We Be Paid?” in 2001, a further indication of his developing politics.

Prince had his contradictions. He grew up as a Seventh Day Adventist, and his spirituality and religion are craftily placed in his music. Even the overtly sexual songs have religious messages embedded in them. Prince became more religious as he grew older and converted to become a Jehovah’s Witness.

Despite that, he continued his defiance toward the music industry and against white supremacy and racism. During the height of the Black Lives Matter movement, along with numerous other Black cultural artists, Prince gave large financial donations to the movement and to the families of Trayvon Martin, Freddie Gray and others gunned down by racist cops and vigilantes.

He wrote and performed “Baltimore” shortly after the rebellion there in response to Gray’s murder, racism and the oppressive conditions throughout the city. Some of the lyrics are: “Nobody got in nobody’s way/ So I guess you could say it was a good day/ At least a little better than the day in Baltimore/ Does anybody hear us pray/ For Michael Brown or Freddie Gray?/ Peace is more than the absence of war/ Absence of war.”

There can never be another Prince. The Black struggle has and will continue to produce magnificent and relevant cultural artists, but Prince belongs at the top of the pantheon of artistic talent in any tradition. He was a large cultural force who continued changing and developing, musically and politically. As Miles Davis said, Prince “played above” what he knew and strove to go higher, deeper than that. But ultimately, he struggled for freedom of expression and freedom from labels and oppression.

He was ours, with contradictions, but ours, decked out in purple, our “dearly beloved” Black shining Prince.