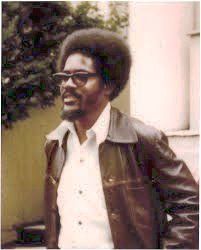 A long-delayed investigation into the assassination of African-Caribbean historian Walter Rodney (1942-1980) has concluded that former President Forbes Burnham of Guyana was behind his murder.

Although that was the assumption after Rodney was killed by an explosive communication device in his brother’s car on June 13, 1980, the Burnham government claimed that the historian, who led the opposition Working People’s Alliance, died during an attempt to bomb a prison near where the incident took place.

The Commission of Inquiry was convened in 2014, some 34 years after the assassination of Dr. Rodney, a leading figure in the intellectual and political affairs of both Guyana, a small South American country east of Venezuela, and the African world as a whole. His comrades in the Working People’s Alliance, along with the Rodney family and colleagues throughout the international community, have long demanded a thorough investigation into the circumstances surrounding his death.

It took the commission two years to complete a 155-page report outlining its findings. However, the struggle for full disclosure is ongoing in Guyana, where tremendous opposition has for decades demanded a probe into the assassination.

The controversial inquiry began under the previous administration of President Donald Ramotar of the Progressive People’s Party. The People’s National Congress, the ruling party at the time of Rodney’s assassination, has been resistant to cooperating fully with the investigation. Forbes Burnham, who held power in Guyana from 1964 until his death in 1985, was said to have felt threatened by Rodney and the WPA, which sought to bridge the political gap between the majority East Indian and African populations.

All three major political parties in Guyana during the late 1970s and early 1980s — the ruling PNC, the opposition PPP led by Cheddi Jagan and the WPA headed by Rodney — claimed to be socialist, but efforts by the WPA were clearly aimed at the removal of the Burnham government. Prior to Rodney’s assassination in 1980, the historian and politician was charged, along with other WPA members, with an arson attack on a government facility.

Rodney was facing prosecution on these charges even as he continued to organize and speak out against the PNC administration. Those close to Rodney say he believed there was a plot underway to take his life.

There was a delay in the printing of the commission report, and it has still not been made fully public or presented to Guyana’s legislative body.

Current Guyana President David Granger, a former commander of the Guyana Defense Forces, held that position at the time of Rodney’s assassination. Granger has been a leading figure in the PNC for years.

The COI report concluded: “Prime Minister Burnham knew of the plan and was part of the conspiracy to assassinate Dr. Walter Rodney. Given all the relevant facts, events and circumstances set out in the report, we unhesitatingly conclude that Gregory Smith was not acting alone but had the active and full support, participation and encouragement of, and/or was aided and abetted by the GPF (Guyana Police Force), the GDF (Guyana Defense Force), agencies of the State and the political directorate in the killing of Dr. Walter Rodney.” (Demerara Waves, Feb. 20)

The COI stated that Smith, an operative of the GDF, carried out the assassination of Rodney and was then sent to nearby French Guiana, a colony of France. Smith is said to have died in 2002.

According to the same article, the released COI report concluded: “We accept that Gregory Smith, renamed Cyril Milton Johnson, received State assistance in going to French Guiana. The choice of country was deliberate and was no doubt informed by the fact that (the) French government, of which French Guiana was a Department, had a policy opposed to the death penalty. In short, it would have been difficult, virtually impossible, to secure the extradition of Smith/Johnson from French Guiana.”

The independent Justice for Walter Rodney Committee is calling for the full report to be submitted to the Guyana National Assembly as well as the family and supporters of the martyred historian.

The Justice for Walter Rodney Committee is demanding, according to the article, that President Granger “must recognize the historical significance of this inquiry, not only as a means of bringing closure to an aspect of Guyana’s sad history over the last 50 years, but as a measure that, if dealt with properly, can aid the beginnings of the long awaited and lofty ideal of reconciliation, and the expectations of Guyanese at home and abroad for a new beginning.”

After working in Tanzania and as a visiting scholar in several higher educational institutions, including the University of Michigan in 1972, Rodney was invited by the University of Guyana to take a faculty position. However, the government of Burnham blocked the appointment in an effort to prevent Rodney from teaching in the country of his birth.

Rodney remained and later organized the WPA, bringing together several left and Pan-African organizations. His presence in Guyana politically challenged the image of the Burnham government, which sought to portray itself as a supporter of African liberation movements and socialism.

At the time of his assassination, Rodney was writing a seminal “History of the Guyanese Working People,” published in incomplete form after his death. His book entitled “How Europe Underdeveloped Africa,” initially published by the government of Tanzania in 1972, remains a signature text on the role of imperialism in the continuing struggle for genuine liberation and socialism in Africa and internationally.