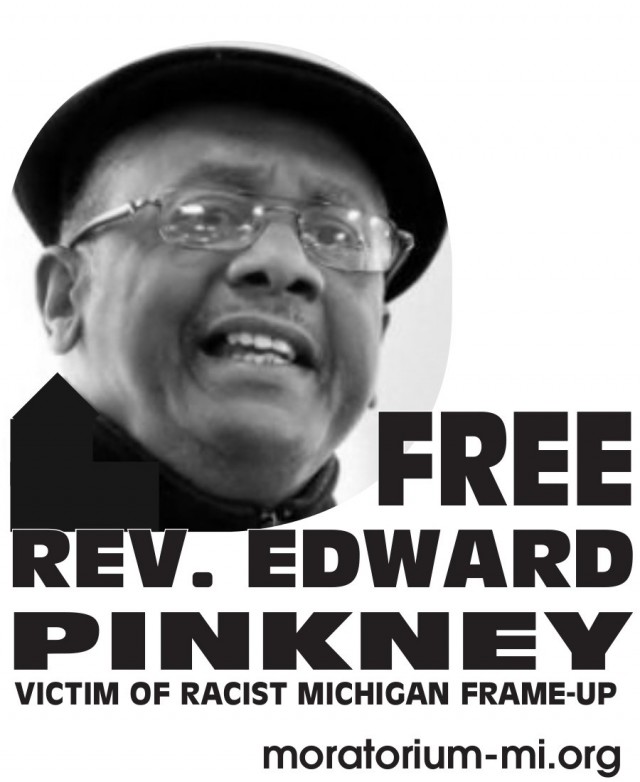 The Rev. Edward Pinkney is the kind of preacher that Martin Luther King Jr. would have admired.

Rather than build a mansion and live like a prince, Pinkney has, for years, advocated for his community, fighting for water rights, fair elections and social justice for the people of Benton Harbor, Mich.

Because of his political activities, he’s been targeted by the government, tried by the Michigan political machine before an all-white jury and, with no evidence, convicted of allegedly altering five petition dates!

Remember the petitions? They were recall petitions of Benton Harbor’s mayor, a politician owned and operated by the Whirlpool Corporation — the real owner of the town.

For speaking out against this corporate-political domination, Pinkney became the target of the legal system.

At trial, no one even claimed Rev. Pinkney altered anything. He turned in hundreds of recall petitions against Whirlpool’s puppet mayor. That was crime enough, apparently.

As Rev. Pinkney approaches his second year in prison, his support is growing across the country, as he fights his appeals.

The call to “Free Rev. Pinkney” is growing!