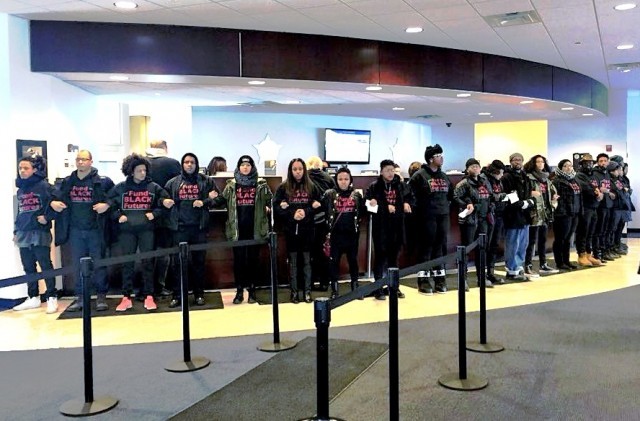 Black Lives Matter activists occupied a Fraternal Order of Police credit union office on Jan. 16 in Chicago to protest epidemic police brutality that has recently claimed the lives of Laquan McDonald, Quintonio LeGreir, Bettie Jones and many others. An ongoing struggle is demanding the resignation of Chicago mayor, Rahm Emanuel, by activists accusing him of being complicit with and covering up for police violence.