Part 1 Changing the environment: From Kyoto to Storm Frank 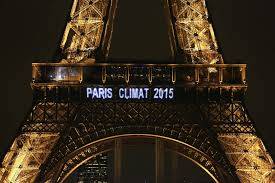 Jan. 18 — Stock markets around the world have been sliding downward for the last two weeks, propelled in large part by the news that the glut of oil has grown worse despite the shutting down of many wells. By Jan. 15, crude oil had fallen below $30 a barrel for the first time in 13 years.

The mood in financial circles is doom and gloom. Because of the heavy debt load throughout the world, including in the United States, a downturn has the potential of spinning out of control. The banks and other financial institutions are the core of modern capitalism. They rake in interest on huge loans based on the assumption that economies will keep on growing, no matter what the growth is based on. Fancy automobiles, mansions and private jets are at least, if not more, stimulating to the economy than health care, affordable housing and healthy food. So are industries that wreck the environment.

Here, in a nutshell, is an illustration of why achieving a sustainable environment is so impossible under capitalism.

One might think: Demand for oil has decreased. Wonderful! Less greenhouse gases to warm the planet! But one would be wrong, according to Wall Street.

At a time when the warming of the planet can no longer be denied — even trendy Miami Beach finds itself often underwater because of rising sea levels — you wouldn’t know these problems exist if all you read were the business pages. There, it’s sell more oil, sell more cars, sell, sell, sell. Or the whole thing will fall apart.

Capitalism has been a dynamic economic system, remaking the world in just a few centuries. Instead of the small-scale individual crafts that prevailed under feudalism, capitalism developed factories where the productivity of labor was raised by a phenomenal amount as individual skills were replaced by machines and eventually by the assembly line. In today’s economy, shaped to serve the profit interests of imperialist billionaires, this division of labor has gone global.

With the deskilling of the individual worker alongside a tremendous increase in productivity, the workers’ share of the value produced has plummeted. This widening wealth gap is well known and is grinding down workers everywhere, while also exacerbating national oppression and super-exploitation, especially of people of color.

Capitalism’s dynamic growth has come at the expense of the environment.

The last thing any boss wants to factor into the cost of production is what damage it has done to the air, the water and the land — not to speak of the people who live in contaminated areas, like the residents of Love Canal in Niagara Falls, N.Y., back in the 1970s or today in Flint, Mich. In both cases, poisonous industrial wastes have sickened a whole generation.

The basic theme of this series is that it will take socialism — not a “regulated” capitalism but the revolutionary ousting from power of the capitalist ruling class and its agents — to reorganize human society and economic activity in order to have a sustainable planet. We have described some of what the People’s Republic of China has done toward this end.

China? Doesn’t China have the worst pollution of all?

Yes, it has severe environmental problems, some that go back centuries, and the Chinese government acknowledges this. Not only acknowledges it, but takes it very, very seriously. That is why climatologists were excited when, for the recent climate conference in Paris, China prepared a detailed plan to lower its greenhouse gas emissions.

China is not an ideal socialist society, and doesn’t pretend to be. Many of its environmental problems can be linked to what it calls “socialism with Chinese characteristics.” That means the current leaders have made big concessions to capitalist mechanisms that they have felt are necessary to overcome the extreme underdevelopment the country faced at the time of its revolution. It also means they do not advocate that revolutionary socialists all over the world follow their path, which has evolved through many internal political struggles. The masses of people have not been passive observers of China’s trajectory, but are extremely active and militant in raising their demands.

So how will China’s conduct affect the outcome of the growing climate crisis?

Let’s look at the Paris meeting. Out of that global event came an agreement that the warming of the planet should be held to less than 2 degrees Celsius (3.6 degrees Fahrenheit). Note the word “should,” not “must” or “shall.”

This was hailed as a great breakthrough. However, it didn’t commit any country to anything. The U.S., in particular, has fought at every one of these conferences to prevent firm targets being set for greenhouse gas (GHG) emissions cuts.

According to a recent article about the conference, “When U.S. lawyers discovered a phrase declaring that wealthier countries ‘shall’ set economy-wide targets for cutting their GHG pollution, Secretary of State John Kerry told the delegates, ‘We cannot do this and we will not do this. And either it changes or President Obama and the United States will not be able to support this agreement.’ So it was changed to ‘should.’” (The Nation, Jan. 4)

Even a statement that vague, which didn’t say how big the cuts must be, just that there “shall” be cuts, was rejected by the U.S. government. The U.S., by the way, continues to be the world’s largest polluter on a per capita basis.

There is nothing in the final agreement to threaten the workings of capitalism, and especially the fortunes of the fossil fuel magnates who have run the show here ever since Rockefeller Standard Oil Co. took over 90 percent of U.S. oil production in 1890.

John Kerry and the Obama administration are supposed to represent the liberal pole in U.S. politics. So what hope is there that any U.S. capitalist government will rein in the giant corporations — which would see the world destroyed rather than give up a small fraction of their profits?

By contrast, China went to the Paris Conference with a detailed plan and commitment to redirect its economy away from fossil fuels and toward nonpolluting sources of energy. Its plan also includes measures to improve energy efficiency and transmission and to reforest vast areas in order to sequester carbon from the atmosphere.

What makes China different — and why the capitalist rulers see it as an enemy — is that it had a revolution in which the oppressed masses took the power away from the ruling classes. The leaders of that revolution were communists. China has since made big concessions to capitalists and capitalism, but the state born out of that revolution has not been overthrown.

Just a generation ago most Chinese people were terribly poor. Yet China today is able to do what Kerry himself said the U.S. absolutely cannot do. Western capitalists understand the difference, but of course put their own spin on it.

The Economist, a British financial magazine, wrote back on April 10, 2013: “In the West it is often said that one of China’s chief advantages in dealing with climate change is that its leaders can impose tough policies that democratic systems shy away from.” Translated: It’s democratic for the big fossil fuel billionaires and their paid-for politicians to prevent capitalist governments from adopting concrete measures to cut emissions.

So what are China’s “tough policies”?

The article continues: “[China’s] carbon emissions are growing at half the rate of GDP [gross domestic product], a bit better than the global average. China has also boosted investment in renewable energy far more than any other country. It has the world’s most ambitious plans for building new nuclear power stations. To combine economic growth and environmental improvement, China has concentrated on reducing carbon intensity — emissions per unit of GDP. This fell by about 20 percent in the past five years and the government is aiming to cut it by 40-45 percent by 2020, compared with 2005. Most of the improvement is coming from a scheme to bully 1,000 state-owned enterprises (SOEs) into using energy more efficiently — arguably the single most important climate policy in the world.

“The enterprises sign a contract with the central government agreeing to meet efficiency targets, abide by new building codes and install environmental-control equipment. This helped Chinese cement-makers (who produce as much of the stuff as the rest of the world put together) reduce the energy needed to make a tonne of cement by 30 percent in the 10 years to 2009. The scheme has now been expanded to 10,000 SOEs, covering the majority of polluters.

“China is also generating energy more efficiently. According to the World Bank, better operations and the closure of [outmoded] plants helped to push the average thermal efficiency of its coal-fired power stations from 31 percent in 2000 to 37 percent in 2010; America’s remained flat, at 33 percent.

“The other big energy change is China’s vast renewables program. The government aims to get 20 percent of its energy from such sources by 2020, the same target as in richer Europe. The largest slice will come from hydropower, which accounted for around 15 percent of total energy in 2012 (with nuclear power at 2 percent). But the big rise comes from wind and solar: the government will roughly double investment in these two in 2011-16, compared with 2006-10. Chinese investment in renewables puts others to shame. It amounted to $67 billion in 2012, says REN21, a network of policymakers, more than three times what Germany spent. The aim is to have 100 gigawatts of wind capacity and 35 gigawatts of solar capacity by 2015. …

“A few years ago Chinese politicians said such emissions would go on rising at least until 2050. Now mainstream Chinese opinion says the peak will come in 2030-40. Academics at the Energy Research Institute and CASS reckon it could come earlier — in 2025-30. Compared with what seemed likely a few years ago, that would be a big achievement.”

That was written almost three years ago. China has not only fulfilled its goals but in many cases already exceeded them.

Next: What way forward?