State Constable Clarke Steele shot and killed 12-year-old Ciara Meyer in her home in Penn Township, Pa., on Jan. 11. Steele had come to evict her family from their home because they owed $1,780.85 for three months’ rent. 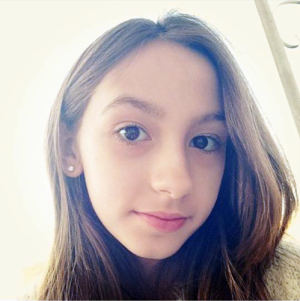 When Steele arrived at the house, Ciara’s father, Donald Meyer, first shut the door, and then opened it again, holding a rifle. Rather than back away, the cop pulled his gun out of the holster and fired. The bullet grazed the adult’s arm and struck Ciara, killing her.

Ciara was the 21st person and the first child to be killed by police this year, reported the Jan. 12 Guardian.

In typical capitalist “justice,” Meyer — who never fired his weapon — is the one who is charged with aggravated assault, simple assault, “terroristic” threats and reckless endangerment. Steele was not charged.

Note the sharp contrast between this cop’s shooting of a resident trying to stop his family from being thrown onto the streets and the state and federal officials’ hands-off treatment of the armed, wealthy ranchers who are occupying an Oregon wildlife sanctuary on Indigenous peoples’ land.

This fatal incident puts into sharp focus the ongoing housing crisis that so many working-class families have faced in the U.S., particularly since the Great Recession began in 2008. Oppressed communities across the country have been particularly hit hard.

In Detroit, where 40 percent of residents live below the poverty line, and where property tax rates are among the country’s highest, 62,000 homeowners face foreclosure, many because they owe back taxes or huge water bills.

How are Michigan’s right-wing Legislature and Gov. Rick Snyder “handling” this housing crisis? In September, their new law took effect. It says that “rightful owners” — often banks and investment companies that bought homes at “tax auctions” for as little as $500 — can now lodge criminal rather than civil charges against residents. It also says that “repeat offender” residents trying to stay in their homes can face felony charges. (Reuters, Jan. 6)

Cheryl West, a Detroit resident, had lived in her Victoria Park home for 60 years when all of her belongings were thrown into two dumpsters in May of last year. She was evicted because she owed $15,600 in back taxes. In 1954, her parents were the first African Americans to purchase their home in the segregated neighborhood. “I’m afraid for a society that condones this sort of treatment of senior citizens,” she told the Detroit News. (Oct. 14)

African-American women, who make up 9.6 percent of Milwaukee’s population, were 30 percent of those evicted by the city, stated a MacArthur Foundation study that was reported by Common Dreams News Center on June 25, 2014.

These foreclosures and evictions take a terrible psychological toll. City Lab reported on Feb. 20, 2015, on an American Journal of Public Health study, released that month, which revealed that “suicides spurred by severe housing stress — – evictions and foreclosures — – doubled between 2005 and 2010.” It also found that “the overwhelming majority of these suicides (79 percent) took place before the renters or owners actually lost their housing.”

In July of last year, two deputies arrived at the home of 60-year-old Glenn Carter in Colonie, a town outside of Albany, N.Y., in order to evict him. Carter had drained all of his financial reserves to pay for his elderly mother’s medical expenses. When the deputies opened the back door, Carter shot himself in the head.

These terrible tragedies may only be the beginning. The MarketWatch financial information website reported on Jan. 31, 2015, that a Bankrate.com poll found that about 62 percent of U.S. residents “have no emergency savings for such things as a $1,000 emergency room visit or a $500 car repair.”

The article also cited a U.S. Federal Reserve survey, which reported that among those who had savings before 2008, 57 percent had used up some or all of the funds during the banker-caused Great Recession and in its aftermath. Moreover, 56 percent of seniors and a whopping 67 percent of millennials — many burdened by huge student loan debt — do not have enough savings to cover unexpected expenses.

With no real recovery for many workers and oppressed people from the 2008 economic crisis, and signs of a downturn brewing, millions of families are vulnerable to a new wave of foreclosures and eviction.

Across the country, grassroots organizations have been fighting back. As the crisis deepens, the movement which is demanding a moratorium on all foreclosures and evictions is bound to grow and get stronger.