“We were cut loose by the same government we gave so much to — sent out in the world without adequate medical care, reliable public health services or necessary benefits. Some of us are now homeless. Others of us barely make it.” (Letter to President Barack Obama, et al., from United States Air Force drone war veterans) 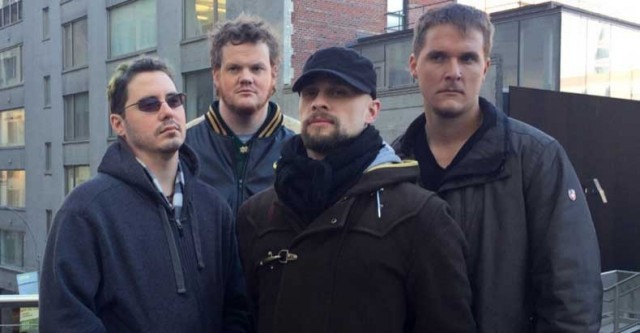 Nov. 27 — Four U.S. Air Force (USAF) veterans have courageously spoken out publicly at a press conference on Nov. 19 about the Pentagon and CIA programs of targeted killings with the use of drones, killing in which they took part.

The secret war using drones operates throughout Africa, Asia and the Middle East. The veterans stated that the program has “fueled the feelings of hatred that ignited terrorism and groups like ISIS, while also serving as a fundamental recruitment tool similar to [the prison at] Guantánamo Bay.”

The Drone Four are Brandon Bryant, Michael Haas, Stephen Lewis and Cian Westmoreland. The military occupation specialties (MOS) that they performed included operating sensor equipment on Predator drones that fire Hellfire missiles and maintaining communications infrastructure. They were stationed in various USAF bases in the United States, Germany and Afghanistan. Bryant and Westmoreland are disabled veterans.

In a letter to Obama, Secretary of Defense Carter and CIA Director Brennan, the veterans described how their roles in the drone wars led them to succumb to post-traumatic stress disorder (PTSD). Recent documents leaked by a government whistleblower and published on the intercept.com website show how the vast majority of people killed were not even targets chosen by U.S. intelligence.

At the press conference, Haas described a culture within the program of alcohol and drug abuse among drone pilots. The USAF is confronting a retention problem with regards to experienced drone pilots and is now giving re-enlistment bonuses of up to $135,000. (Air Force Times, Sept. 28)

U.S. government repression of the Drone Four has been ongoing. On Oct. 15, Brandon Bryant testified before a subcommittee in the German Parliament investigating the U.S. National Security Agency. He spoke about the role of Ramstein Air Base in southwestern Germany in the drone wars. Two hours later, Bryant’s mother was visited at her home in Missoula, Mont., by members of the Air Force Office of Special Investigations, also known as OSI.

The OSI operatives informed Bryant’s mother, who an Oct. 21 article in Newsweek identified as LanAn, that she was on an ISIS hit list, in an obvious attempt at intimidation of her and Bryant. On Nov. 21, according to human rights attorney Jesselyn Radack, who is representing them, the Drone Four had their bank accounts and credit cards frozen.

“Drone,” a one-hour-and-18-minute film directed by Norwegian writer and filmmaker Tonje Hessen Schrei, opened in cities around the U.S. on Nov. 20. In it, the Drone Four tell their stories and how they realized they were committing acts that violated the U.S. Constitution and could be considered war crimes.

The Drone Four — all from the enlisted ranks — have taken on the Pentagon, the CIA and ultimately the “deep state” of the ruling class, as did U.S. Army Pvt. Chelsea Manning and National Security Agency contractor Edward Snowden. They all deserve the full support and solidarity of anti-war and anti-imperialists in the U.S. and around the world.

Kramer, a veteran of the Israeli military (IDF) from 1972-1975 and a supporter of Palestinian self-determination, is chapter president of Veterans For Peace Chapter 021 (Northern New Jersey).