In a Nov. 9 interview of Kenia Serrano, president of Cuba’s Institute for Friendship with the Peoples and delegate to Cuba’s National Assembly, Washington, D.C., journalist and radio co-host Netfa Freeman asked Serrano about Assata Shakur. 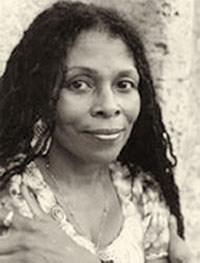 Assata was granted political asylum in Cuba in 1984, after police shot her with her hands up, failing to kill her during a New Jersey traffic stop, and then falsely convicted her, promising life in a New Jersey prison.

After her escape, she was granted political asylum in Cuba. The renewed diplomatic relations between the U.S. and Cuba — initiated last Dec. 17, after the U.S. government released the remaining three of the Cuban 5 state security agents from U.S. prisons — has brought Assata’s case to the forefront, both among Black Lives Matter fighters and as a lever for forces opposed to continuing the normalization of diplomatic relations between the U.S. and Cuba.

Freeman: And finally, for those who are concerned about Sister Assata Shakur, who has political asylum, some think that maybe …

Serrano: Well, I already said we are guided by principles. We are guided by principles and Cuba made a very important decision in the case of Assata and in other cases. When you accept a person as a political refugee because of the different considerations that we have, it is something that is not exposed to any debate or any dialogue or any precondition. Cuba is guided by principles, so our comrades here, our brothers and sisters, should think that we are like that. We are here because of that. If we would’ve made concessions in our history, Cuba would not be the independent sovereign and socialist country which we are.

It is our duty to fight for our freedom.

It is our duty to win.

We have nothing to lose but our chains.

In New York and Wisconsin, Assata’s name has been painted over and removed from student centers. New Jersey Gov. Chris Christie declares no charter flights to Cuba will fly from New Jersey airports while she is free in Cuba. She is labeled “terrorist” with a $2 million bounty offered by the FBI.

She is a theme in a recent prime-time political drama, “Madam Secretary,” where her voluntary return to the U.S. is key to ending the U.S. blockade. Even there, crudely drawn Cuban officials angrily reject any suggestion of turning Assata over to U.S. authorities — recognizing Cuba’s principled political asylum for this heroic Black woman.

Serrano was in Washington, D.C., as part of a three-city visit to the United States from Nov. 3 to 17. Additionally, while in D.C., Serrano exchanged with representatives of U.S. organizations in solidarity with Cuba at the annual meeting of the National Network on Cuba and spoke at a public meeting. The full interview of Serrano was aired Nov. 24 on Pacifica radio station WPFW in the second half of the “Voices with Vision” program. It is available in the archives: ­tinyurl.com/pr6sobc