Africa has been severely set back by imperialist destruction of Libya and interference in Egypt’s and Tunisia’s democratic processes. Five years ago a rebellion throughout Tunisia toppled longtime dictator Zen El Abidine Ben Ali. 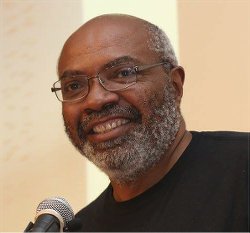 Demonstrations spread to Algeria and Yemen, bringing different outcomes. The rebellions in Tunisia and Egypt did not lead to the consolidation of progressive forces which could seize power and establish a political order committed to revolutionary transformation and socialism.

Egypt’s military-turned-civilian regime is still subsidized by the CIA and the Pentagon. Tunisia has been returned to the Ben Ali’s regime’s political collaborators, taking its place in the Washington-led “war on terrorism.”

Today Libya is a major source of instability throughout North and West Africa. Imperialist militarism has compounded crises in Iraq, Syria, Afghanistan, Pakistan and Yemen. In the worst international humanitarian disaster since World War II’s conclusion, more than 50 million people have been displaced.

African and Middle Eastern states and Southern and Eastern European countries are bearing the brunt of the migration. The hundreds of thousands flooding into Europe face racism, xenophobia, brutality and marginalization.

The U.S. Africa Command (AFRICOM) is escalating deployments across the continent through direct intervention and partnerships with states and regional organizations. Emboldened by its operations in Libya, Tunisia and Egypt, imperialism is spreading its tentacles.

An AFRICOM base in Djibouti at Camp Lemonnier is being refurbished for the expanding mission, involving thousands of Pentagon troops. Airstrips are being constructed to ostensibly assist African Union member-states in the fight against “terrorism.”

Creation of an African Standby Force — first advanced by the Pan-Africanist and Ghana’s socialist leader Dr. Kwame Nkrumah and later by Gadhafi — has been realized, absent its revolutionary orientation. ASF exercises in South Africa rely on Pentagon and European Union funding.

Any continental military force aimed at fostering peace and stability in Africa must be independent of imperialism. Otherwise such efforts will serve as an appendage of Pentagon-NATO forces and serve neocolonist interests.

This crisis of imperialist militarism is coupled with the debt dilemma resulting from the advanced capitalist states’ economic decline. Despite reports hailing “phenomenal economic growth” in Africa, these states have higher debt-service ratios, joblessness and rapid currency devaluations, partly stemming from commodity price declines due to capitalist overproduction.

This developing crisis requires an ideological and political response. The lessons of Egypt and Tunisia show that uprisings must be informed by anti-imperialist, anti-capitalist politics. Otherwise the Libyan model will spread.

Rising oil and mineral production without transforming productive relations within the emerging economies will only benefit imperialism. The contradictions between the capitalist modes of production and the social relations of production must be resolved.

The only solution is socialist revolution, where workers, farmers and youth can determine their future without the domination of Western financial institutions bolstered by CIA, Pentagon and NATO forces.

Western capitalists depend upon acquiring natural resources and labor from the oppressed nations on terms set by corporations and financial institutions. Workers and the oppressed inside imperialist countries are sacrificing their standard of living with declining wages, evisceration of social services and privatization of public assets.

The basis for international revolution exists. We must link the struggles of the workers and the oppressed globally against U.S. imperialism, the center of world exploitation. Only this revolutionary transformation can achieve peace, stability and mutual cooperation
internationally.