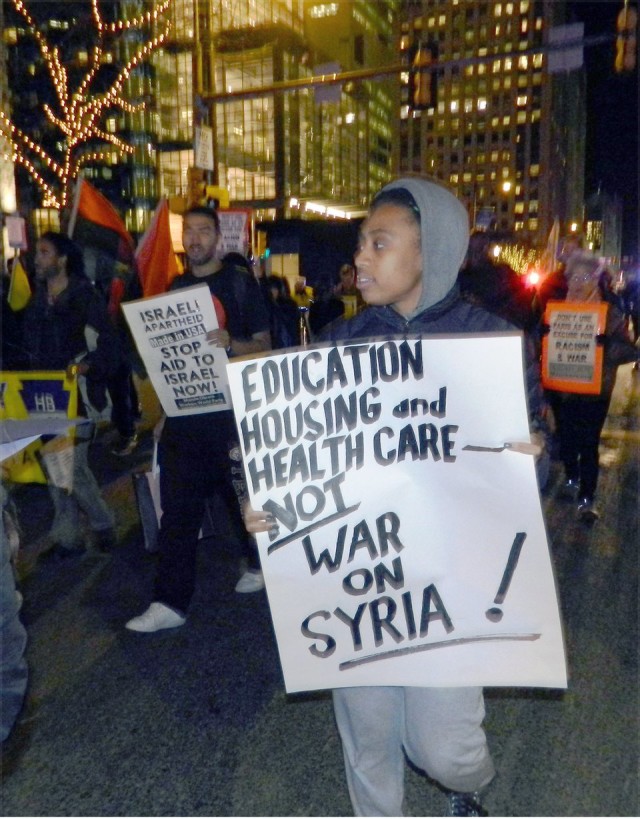 Philadelphians from the Black Lives Matter, anti-war, Palestinian and other people’s movements joined a “Don’t Let Paris Attacks Be Pretext for Racism & War” rally and march on Nov. 20. Pam Africa, of International Concerned Family and Friends of Mumia Abu-Jamal, electrified the rally when she said: “My family was bombed here. Eleven men, women and children died,” referring to the 1985 Philadelphia Police Department bombing of the MOVE organization. “So we know firsthand what that feels like. … I fight imperialism no matter where it’s at.”

A militant march followed, stopping at the the French Consulate, Comcast Headquarters and the Israeli Consulate for short speeches. Police became more aggressive as the demonstrators approached Rittenhouse Square, home to some of this city’s very wealthiest people, and finally arrested one protester.