The 25,000 teachers and support staff represented by the Professional Staff Congress of the City University of New York, American Federation of Teachers Local 2334, have had enough. They want a raise. 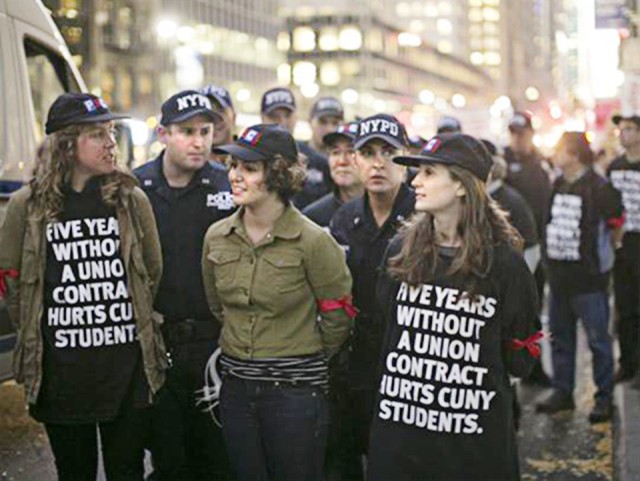 Their last raise was in 2009 and their contract, whose provisions remain in force until a new contract is signed, expired in 2010. For five years New York has refused to make an economic offer to the union.

Some 500,000 students attend CUNY schools. They are predominantly people of color and immigrants — the daughters, sons and members of New York City’s working class.

On Nov. 4, the PSC held a sit-in in front of CUNY’s midtown administrative offices. Fifty-three members were arrested.

In a letter to members, Bowen wrote, “If the union were to accept Chancellor Milliken’s offer, CUNY faculty and staff would almost certainly have the lowest salary increases over this period of any public employees in the city or state. We would also receive minimal retroactive pay because the salary increases in management’s proposal date back only to 2014.”

The union is planning a mass membership meeting on Nov. 19, followed by a strike authorization vote, even though by law the PSC is not allowed to strike.

Dunkel is a PSC retiree.