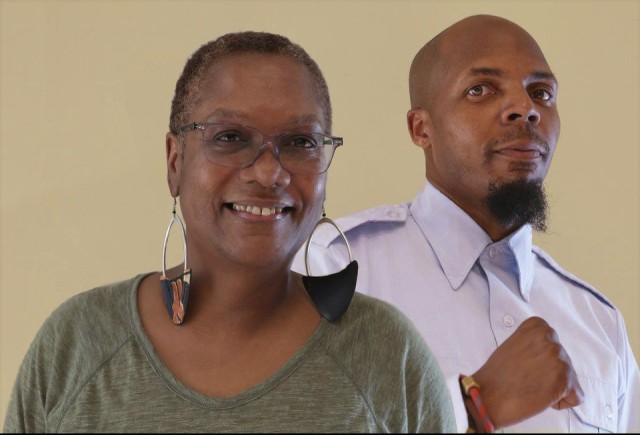 On Nov. 10, fast food, homecare, childcare, airport and other low-wage workers from many different sectors walked off the job, beginning a strike for $15 and the right to form a union. From coast to coast, large demonstrations of workers took place at fast food restaurants and shut down traffic in many major cities. All in all, nearly 500 cities saw demonstrations during the largest day of action to date.

The Moorehead-Lilly campaign stands with the courageous workers who have been leading the “Fight for 15 and a Union” movement and expresses our unwavering support for their demands.

This most recent strike comes nearly three years to the day after some 200 fast food workers first walked off the job in New York City, inspiring other low-wage workers across the country to follow in their footsteps.

Low-wage workers – led largely by women and Black and Latino/a workers – have gone on strike many times since this movement began. This militancy gives a much-needed boost to labor and the broader social movements. It has undoubtedly helped to elevate class consciousness, solidarity and unity.

Many encouraging developments across the country show stronger alliances being built between low-wage workers, Black Lives Matter and the immigrant rights movement, including the recent struggle against racism on the campus of the University of Missouri.

We must continue to build and expand the movement for $15 and a union.

The rising up of fast food and low-wage workers is a response to the worsening conditions and deepening impoverishment of the working class in the U.S. and around the globe, which has one source – capitalism. The foundation of the capitalist system is exploitation of workers and the theft of the vast wealth we create by a small class of greedy billionaire owners. Whether it’s McDonalds, Burger King, KFC, Walmart, Boeing, GE or any other conglomerate, the profits of all capitalist corporations belong by right to the workers who generated them.

Only through a socialist revolution can the workers liberate themselves and the great wealth they create so it can be used for the good of society.

The Moorehead-Lilly campaign will fight to end the capitalist system of monopoly ownership of the wealth. In this high-tech age, everyone should be able to get good jobs and be guaranteed housing, education, healthcare and all their basic needs. But this will not be possible so long as the CEOs and bankers continue to stuff their pockets while leaving workers with the scraps.

We fight for socialism, where the workers run society and use the wealth they create to satisfy people’s needs.