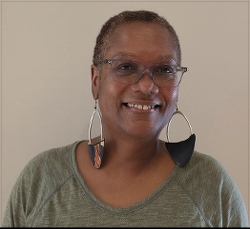 Excerpts from the talk to the WWP national conference by Monica Moorehead, WWP Secretariat member and 2016 WWP presidential candidate.

The recent disruption of Hillary Rodham Clinton in Atlanta by a handful of Black activists chanting “Black Lives Matter” shows that activists are not enamored of the year-long sham known as the presidential election. This ongoing rebellion with no-business-as-usual tactics continues to put the police, the government on all levels and the status quo on the defensive, even without a unified program of demands.

The Black Lives Matter movement is another phase in the struggle for Black liberation involving a diverse array of political and ideological currents that is a work in process. It is important for our party and the entire progressive movement to support and defend the Black Lives Matter struggle, not because we agree with all the spectrum of political positions, but because it is the most oppressed engaged in struggle and is constantly under vicious, racist attack by the repressive state, which represents the interests of the billionaire ruling class.

Black Lives Matter embodies the national question — a cornerstone of the struggle against capitalist exploitation along with other oppressed nations, whether they exist inside or outside the U.S. and regardless of social status.

The Black Lives Matter movement has helped to raise consciousness that within this movement there exists the women’s question, the LGBTQ question and the disabled question. In the forefront of the BLM movement are Black women and LGBTQ people, especially transwomen who are impacted by this racist war.

And an astoundingly large percentage of Black people killed by the police have some kind of disability — the most recent being Jeremy McDole in Delaware, who was shot 10 times while in his wheelchair.

Black workers are an integral part of the revolutionary potential of the global working class due to the deepening global economic crisis of low wages, austerity and cutbacks. This permanent stage of capitalism has created a crisis for Black workers that includes marginalization and isolation, making them even more vulnerable and a target for police repression and mass incarceration. When there are no jobs, drastic cuts in education and the militarization of the schools, then the ruling class is sending a clear message to the police that it is open season on Black and other oppressed youth.

Young Black people are part of the working class, whether they have a job or not. When I visited Ferguson in August and October of 2014, young Black people told me two things: They want the police to stop killing and racially profiling them, and they want decent paying jobs; they want to be in unions, not in jails.

Young Black workers need broad solidarity from the movement, especially those on the front lines fighting state repression. It is the same kind of solidarity that immigrant youth need as they are being viciously attacked by ultra-right-wing racists like Donald Trump along with [Immigration and Customs Enforcement], the police and other racist agencies.

Which direction the Black Lives Matter movement will take will be explored in due time, but now is not the time to criticize this movement. This movement right here, right now needs solidarity, and we all should be thinking about how to be helpful to this dynamic movement, which will come under even more vicious attack, especially by the police, in words and deeds. We should all be thinking about being part of the solution and not the problem.

It is so crucial for [members of] the Black Lives Matter movement to see that socialists and communists stand shoulder to shoulder with them — meaning defending their right to self-determination as an oppressed nation. As our late chairperson Sam Marcy wrote about time and time again, the national question is synonymous with the class struggle, especially inside the U.S.

The national question impacts every aspect of the class struggle because super-exploitation, which lays the basis for all forms of inequality, could not exist without it. This is what keeps the ruling class in power and the working class at its mercy.

Taking this kind of principled stand not only will build unity that our class desperately needs for the battles ahead, but will win new revolutionaries over to the only alternative to police terror: socialist revolution.