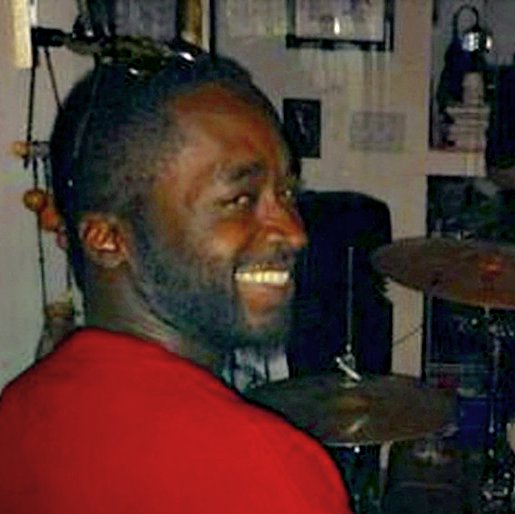 Early on the morning of Oct. 18, Corey Jones was sitting in his broken-down SUV on the roadside of an I-95 exit ramp, waiting for a tow truck to arrive.  Jones, 31 years old and African American, was driving home from a gig as a drummer with his band, when his vehicle broke down in Palm Beach Gardens, Fla.  At 2:52 a.m., Jones spoke to his brother by cell phone.  By 3:15 a.m., he was dead, felled by three police bullets.

The Jones’ family and their attorneys, Benjamin Crump and Daryl Parks, met with the Palm Beach County State Attorney’s office on Oct. 22, asking how and why their loved one was killed.  The lawyers reported that plainclothes police officer Nouman Raja had driven a large, unmarked department van with tinted windows to the encounter with Jones, without flashing police lights or showing his badge.

Raja fired six bullets at Jones.  He claims that Jones confronted him with a gun, but the young man, who had a legal permit for a gun he’d purchased only three days earlier, never fired a shot.  Attorney Crump said that Jones was running away, and that his body was found nearly 100 feet from his vehicle.  His gun was not found near his body or his car.

Raja has a history of violating police procedures.  He was disciplined three times for mishandling documents and evidence with his former employer, the Atlantis, Fla., Police Department.  By driving an unmarked police van to confront Jones and not identifying himself, Raja breached departmental rules. He is now on administrative leave — with pay.

After their meeting, Jones’ relatives joined hundreds of demonstrators assembled outside the Palm Beach Gardens Police Department, demanding the truth about Raja’s actions and Jones’ death.  They dispute the officer’s version of events, and are calling for an independent investigation.

The next evening, hundreds of people gathered at a Town Hall meeting in West Palm Beach to demand accountability for Jones’ death and discuss racism in the criminal justice system and police use of deadly force.   Sybrina Fulton, Trayvon Martin’s mother, told the crowd to never stop demanding justice.  Her son, an unarmed African-American youth, was slain by vigilante George Zimmerman in Sanford, Fla., in 2012.  Zimmerman’s acquittal for the crime set off nationwide protests.

Jones’ family tells of who their son and brother was — a city housing authority worker, college graduate, church drummer, music lover and bringer of good cheer to his friends and relatives.

But to police, Corey Jones was merely a statistic, one of 931 people killed by U.S. law enforcement officers doing “business as usual” so far this year — through Oct. 23.  Of these deaths, 228 were of African Americans, says “The Counted,” at the Guardian’s blog.  Although 13.2 percent of the U.S. population, African Americans comprise 25 percent of police-caused fatalities.

Due to public pressure, the FBI says it will investigate Jones’ death.  But how will he get justice?  FBI officials claim that close “scrutiny and criticism” of police officers due to “publicized” police brutality episodes, is causing higher crime rates, because officers are constrained and “less aggressive.” (New York Times, Oct. 24)  No proof of that exists. Even top Department of Justice officials dispute it.

In fact, a perusal of the Guardian’s comprehensive data base shows the continuing reality of police aggression. It has not diminished at all.  Terror against people of color has not lessened.  That blog estimates that the number of lethal police assaults will reach more than 1,100 this year, with disproportionately high numbers of fatalities of African Americans and other people of color.

Corey Jones’ horrific death has evoked national outrage.  It has once again put the spotlight on the racist, violent police —  and on the inherently bigoted and brutal criminal justice system, which itself must be challenged.