The Boston school bus drivers’ union, United Steelworkers Local 8751, is fighting on many fronts simultaneously. The union has a backlog of 700 grievances it is trying to settle with the notoriously anti-union Transdev, is also trying to win a just contract, has day-to-day issues with route scheduling caused by mismanagement and the illegal use of GPS tracking, and has been in a relentless two-year battle to win reinstatement for four wrongfully fired elected union officials. 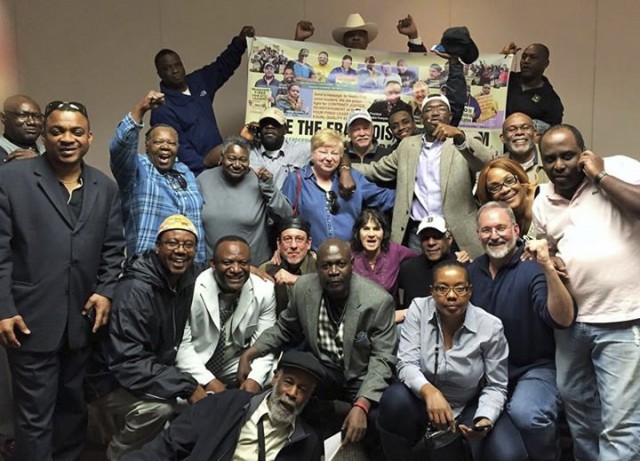 Yet this remarkable union has always found time to link its own uphill battle to the fight of all workers and oppressed. On Oct. 4, Local 8751’s executive board took action in support of three important struggles.

The first was a resolution to demand justice for Mumia Abu-Jamal and send letters to Pennsylvania’s governor and prison officials in support of Mumia. “Given the extensive evidence of Mumia’s innocence,” wrote President Andre Francois, “wrongful incarceration in solitary confinement for nearly 30 years, his life-threatening medical crisis, and the prison medical system’s failure to diagnose or treat him properly, we add our voices to the international call for the immediate release of Mumia Abu-Jamal.”

In September members of 8751 walked the picket lines in New Bedford, Mass., with sister and brother Steelworkers locked out by ATI metals corporation. The board passed a resolution stating, in part, “The Boston School Bus Drivers’ Union is in full solidarity with our sisters and brothers who have been locked out by ATI since Aug. 14. We remember the 1937 Little Steel Strike, when our members in Illinois and Ohio gave their lives fighting for our union. If ATI wants a fight, we’ll show them a fight.”

Thirdly, the union — which endorsed the Million Man March 20 years ago — resolved that “whereas in the intervening years incidences of Police Killings of Black, Latino, Native, Asian and immigrant men and women are on the rise, with impunity, and … in the intervening years poverty, homelessness, mass incarceration and unemployment have skyrocketed in the Black, Latino, Native, Asian and immigrant communities throughout the country,” that “Local 8751 stands in 100% solidarity with the organizers of the 10/10/15 Justice or Else call to Washington, D.C. and the Honorable Minister Louis Farrakhan.” Several drivers took the bus to attend the march.

Members of Local 8751 are community activists as well as union activists. Some are volunteering to re-elect City Councillor Charles Yancey, now under siege from the corporate and political establishment who want this progressive leader ousted. Many Haitian drivers are connected with the campaign of the Fanmi Lavalas candidate for president in Haiti, Maryse Narcisse.

Team Solidarity — whose candidates swept the local union elections in March — lives up to its name.