The large rallies and recent gains in the polls following the debate for Democratic presidential candidate Bernie Sanders, a self-proclaimed “socialist,” have many workers wondering what “socialism” is. Many more are confused because his ideas do not seem fundamentally different from those of others in the Democratic Party. 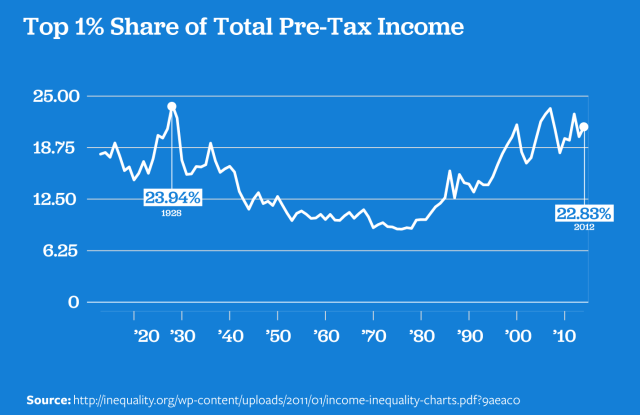 Sanders added to the confusion during the debate on Oct. 13, 2015, when questioned about socialism. Instead of clearly defining the term, he attacked wealth inequality as “immoral and wrong,” a view even some capitalists espouse, and promised universal health care and paid family leave, benefits that are available in many countries with capitalist economic systems. He did not distinguish socialism as an entirely different structure for society.

Whatever Sanders means by “socialism,” one thing is clear from his popularity, workers in the U.S. are open to discussing the idea and want to know more about what it means. A lexicographer associated with the Merriam Webster dictionary tweeted about searches for the definition of socialism after the debate: “’Socialism’ spiking off the charts.”

Confusion about socialism stems not only from the decades of anti-socialist propaganda by the capitalist media, but also from the fluidity of its definition. Like any concept, the idea of socialism is not fixed or static; people use the word to mean many very different things. Even the co-author of the “Communist Manifesto,” Friedrich Engels, had to carefully distinguish the version of socialism he and Karl Marx described from earlier, “utopian” socialist experiments.

One reason why people with such varied and conflicting ideas all use the same word to describe their politics is that most of these ideas, parties and organizations had historic roots in the same socialist or social democratic parties of the 19th century, parties which were based on the ideas of Marx and Engels. (Workers World, April 26, 2012, tinyurl.com/pffhae9)

V.I. Lenin, the leader of the 1917 Russian Revolution, was a member of the Russian Social Democratic Labor Party. Over the last 150 years, disagreements over two main ideas led to the big differences between groups claiming the term socialist. Those main points of contention are over the issue of ownership of the means of production and the idea of revolution.

Ownership of the means of production

The “means of production” is a term used by Marx to mean all the infrastructure of modern society that produces and transports goods and services. It includes factories, trains, stores, farms and warehouses. In a capitalist society these are all owned by a relatively small number of people, even though millions of people worked to build them and work to make them useful. Even when workers own shares of stock directly or through their pensions, the control of these industries remains in the hands of the ruling class. The owners take huge profits while people who work there their whole lives barely survive.

Engels wrote in his book, “Socialism, Utopian and Scientific,” that prior socialist experiments failed because they were not based upon an understanding of the progression of society and its productive forces. The scientific socialism that Marx and Engels described would be based upon workers seizing the “socialized means of production,” from the capitalist class that currently owns them, the “1%,” (really one-tenth of one percent) and converting them into socialized production, based upon a planned economy, with the output of production put to the use of all of society rather than simply to produce profit for the few.

Sanders does not advocate taking the ownership of factories and corporations away from billionaires, ending the profit system that exploits workers, or creating a system where decisions about how and what to produce are made based upon human need rather than private profit. He describes himself as a “democratic socialist,” and seeks to keep the capitalist system in place, only expanding the social safety net, providing universal health insurance, lowering barriers to education and increasing taxes on corporations.

Some ruling-class political scientists have said that Sanders is really more of a “social democrat” than a “democratic socialist,” terms that only further confuse many workers. (Washington Post, Oct. 17, 2015, tinyurl.com/o9vh2z4) What they mean is that a social democrat would, like Sanders, keep the capitalist system in place but seek to reform it. On the other hand, as the Washington Post goes on to say, “Democratic Socialists in the United States want a system where workers or the government own factories and other means of production.”

In the April 26, 2012, editorial referred to earlier, WW wrote, “When Workers World describes someone or some party as socialist without quotes, this means they are for taking the means of production — including land — out of the hands of the capitalist ruling class and having it owned publicly.” Some who describe themselves as democratic socialists also demand public ownership of the means of production, but what they usually mean is nationalized property, industries owned by a capitalist government, or worker-owned collectives within a capitalist society, not the planned, socialized production described by Engels, where everything is held collectively for the benefit of all.

This brings us squarely to the second key question that separates socialists like Workers World Party from democratic socialists or social democrats, an understanding of the state and the necessity for revolution.

When Bernie Sanders talks about a “political revolution,” he makes clear that he is not talking about the kind of revolution made by Lenin and the Bolsheviks in 1917. Lenin thought it necessary to smash the capitalist state because the state itself is a tool of the capitalist class used for oppression and exploitation. Sanders rhetorically calls for a “political revolution,” asking for people to vote for him and others who promise various reforms to the capitalist system, but he opposes fundamental changes to the government. He praises “American [U.S.] democracy” even though it is founded on the genocide of Native Americans and slavery and continues to deny even basic democratic rights to women, people of color and immigrants.

Social democrats and democratic socialists, even those who advocate some form of collective ownership of the means of production, believe that sufficient changes to society can be made by working within the existing “democratic” process, that is, within what Marxists call bourgeois or capitalist democracy. History has proven this is false. Where socialist candidates have been elected who seek to make revolutionary change, world imperialism has used violent methods to overthrow them, such as with Salvador Allende in Chile in 1973, or with the imperialist coup in 2002 against Hugo Chávez, when he was subsequently defended by a mass uprising. The tiny ruling class refuses to give up capitalism — and the huge profits it makes for the capitalists — without a violent response.

Even the modest promises of Bernie Sanders, as attractive as they are to workers, clash with the current corporate drive to increase profits while constantly decreasing the number of workers employed. Corporations worldwide are demanding “austerity” from the workers, which means expropriating even more of what workers produce. Any concessions to workers can only be won through struggle.

In its statement, “What is WWP,” the party writes, “Workers World Party is a revolutionary Marxist-Leninist party dedicated to organizing and fighting for a socialist revolution in the United States and around the world.” (tinyurl.com/q3exuww)  That means that WWP recognizes that only through revolutionary struggle can the racist exploitation of the capitalist system be overthrown. Capitalism won’t allow systemic change to be simply voted into policy.