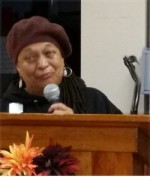 Pam Africa of International Concerned Family and Friends of Mumia Abu-Jamal and Ramona Africa of the MOVE organization have been on a four-city tour of the California Bay Area to build support and raise money to prevent the execution by medical neglect of Mumia Abu-Jamal. Since late March, when Abu-Jamal was found passed out on the prison floor, there has been a growing international effort to see that the State of Pennsylvania and its rotten prison system are not allowed to carry out a medical execution of the internationally revered political prisoner. It was discovered that he was suffering from high blood sugar levels, diabetes, liver endangerment, lethargy, elevated blood pressure and related symptoms, such as skin discoloration and severe itching.

It has since been discovered that Abu-Jamal has the hepatitis C virus, which may have lingered silently from a prison blood transfusion many years ago. A class action lawsuit has been filed on Abu-Jamal’s behalf and for the estimated 10,000 other inmates in the state’s prisons who also carry the hepatitis C virus. 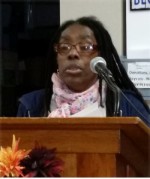 Pam Africa and Ramona Africa spoke at rallies in San Jose, San Francisco, Oakland and Sacramento. Angela Davis, the former political prisoner, author and scholar, also spoke on Abu-Jamal’s behalf at the Oakland rally. They called on people to continue the pressure on the prison administration and the state government to get Abu-Jamal the appropriate medical treatment immediately. Funds were also raised to support his medical and legal needs.

Davis talked about how prisoners are often used as guinea pigs in drug experiments, but when the prisoners actually need drugs, they’re told that the drugs are too expensive. She pointed out how a life sentence is a death sentence to a prisoner. She said that President Obama is starting to think about his legacy as his final term draws to an end, and that he could free Abu-Jamal as part of his legacy. 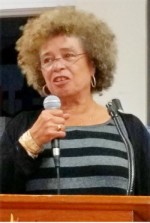 Ramona Africa also talked about the MOVE 9, who have been in prison since 1978. She asked the crowd to sign a petition to free them, as they are coming up for parole hearings in the near future. She quoted from John Africa, one of the nine, who said that all power is in the people, but we have to gain that power back by using that power.

Pam Africa closed the meeting, stating that this is war and that we have to be in it. If we don’t do something now, they will kill Abu-Jamal. She asserted that the only reason Abu-Jamal hasn’t died yet is because of the love of the people.