Question: When is a child not a child? Answer: When it’s a Black child. 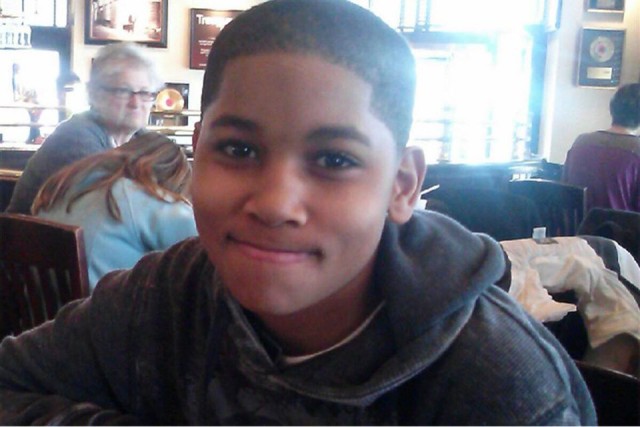 That question and answer came to me when I heard that the police killing
of 12-year-old Tamir Rice of Cleveland was ruled “justified” by two so-called
“independent” boards of inquiry recently.

The cop was justified, they ruled, because he saw a gun. Period.

Did it matter that the gun was a toy? Or that Tamir was a boy?

No. Both facts were declared irrelevant.

And a beautiful Black boy is dead.

What kind of system is this, where a child’s life can be so easily, so utterly, dismissed?

What kind of country is this, where this can happen?

For almost a year, state forces dithered around the case. Now they have issued their cold, leaden decision: No biggie. The cop was scared. It’s justified.

Pregnant Black women who are suspected of birthing Black boys?

In the name of protocol; in the name of tradition; in the cold name of fear; children are killed so that killer cops can feel safe.

If this be the system supported by Black taxes and Black votes, then such a system must be abolished.

Taken from an Oct. 11 audio recording by prisonradio.org.