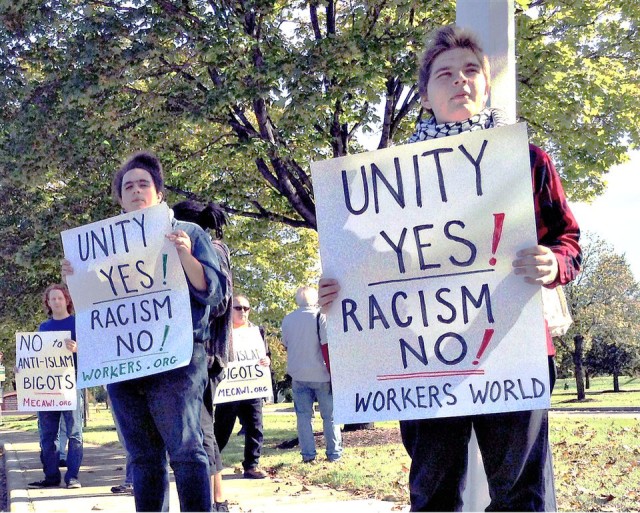 On Oct. 10, a small group of Islamophobes showed up at the Henry Ford Centennial Library in Dearborn, Mich., armed with semi-automatic weapons and handguns, to demonstrate their hatred toward Muslims and Arab Americans alike.

However, activists from various organizations, including the Michigan Emergency Committee Against War & Injustice and Workers World Party, outnumbered them. Eventually the small group of racists was chased off. The activists standing up for Muslims promoted solidarity, using a loud megaphone for speeches and chants and carrying signs stating that racism will not be tolerated.