On Sept. 23, 28-year-old Jeremy McDole was shot several times by police in Wilmington, Del. McDole was not accused of any crime, nor was he running from police. He was in a wheelchair when he was killed. 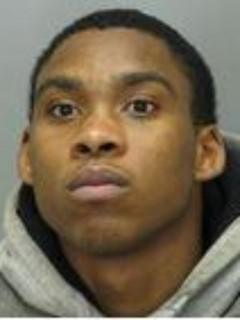 Captured by a cell phone video uploaded to YouTube, four police officers, guns drawn, are seen approaching McDole in his wheelchair when a single shot is fired. It is not clear from the video just who fired the shot, but someone in the background can clearly be heard saying: “They shot him in the stomach. He’s bleeding.”

After the shooting, police continue to advance on McDole, yelling: “Drop the gun! Show me your hands! Hands up!” McDole appears to be grabbing at his stomach, and then trying to lift himself up. Seconds later, police open fire again, shooting at McDole at least 10 times and killing him.

It is unclear from the video if McDole was reaching for a weapon or even had one. He does not appear to be pointing anything at the police. While police claim they recovered a .38 caliber weapon at this scene, his family disputes that McDole even had a gun.

While McDole was killed at 3 p.m. on Sept. 23, his mother, Phyllis McDole, was never notified by the police. She had to call them in order to find her son’s body in the morgue.

At a police press conference on Sept. 24, Phyllis McDole and other family members took over the microphone to voice their concerns about the shooting. Calling for a federal investigation, Phyllis McDole said: “This was murder. They shot my son like he was road kill.”

Richard Smith, head of the Delaware chapter of the NAACP, called for an independent investigation by a special prosecutor, noting that he did not trust the state Justice Department to conduct a fair or impartial investigation. Smith stated, “We cannot continue having all our folks being shot and nobody held accountable.” (independent.co.uk, Sept. 25)

In response to the YouTube video, Wilmington police released part of a 911 tape in which a woman can be heard saying that McDole shot himself and asking police to send an ambulance. Since the whole tape was not released, there is no way of knowing if it was doctored by police or even when the call was made.

The police appear to be using this alleged 911 call to support their claim that McDole was attempting suicide by shooting himself in order to get police to come and shoot him. One major problem with this scenario is that the first shot heard on the video, fired just seconds before witnesses can be heard saying, “They shot him,” was after police arrived, not before.

In March 2015, the American Civil Liberties Union filed an amicus brief with the U.S. Supreme Court in support of a mentally ill woman who sued San Francisco police for shooting her five times. The brief argued that hundreds of people with disabilities are killed in police encounters in the U.S. every year. According to the ACLU brief, half of the 375-500 people killed by police each year in the U.S. have physical or mental disabilities. (RT, March 21)