Shortly before the Sept. 20 national elections in Greece, it became clear that a European Union bureaucrat from the Netherlands would be running the country’s economy. 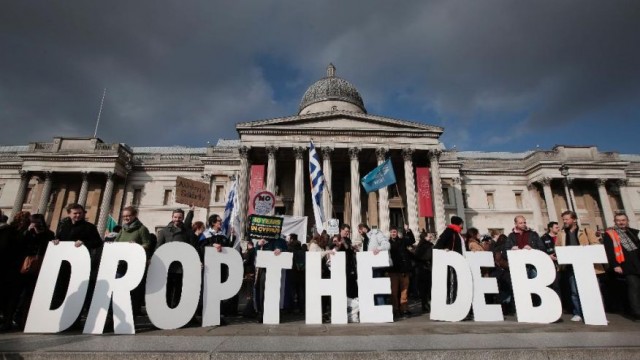 Economist Maarten Verwey, a former civil servant from the Dutch finance ministry, is heading the EU task force on Greece. According to the Greek financial newspaper Agora, “The Greek government will be placed under the strict supervision of Brussels to ensure that all agreed reforms will be implemented.” (Sept. 8)

This task force will oversee the deal in which, in return for an additional $96 billion in loans, the Greek government has to increase taxes and austerity. Most of the loan money it receives will go directly to imperialist banks in Germany and France.

Knowledge that the EU was eliminating what remained of Greek sovereignty likely explains why only 5.57 million eligible voters cast ballots in this elections, compared to 6.3 million in last January’s parliamentary vote. The voter turnout, at 56.6 percent, marks a 40-year low.

In the July 5 referendum, 61.5 percent voted a resounding “No” in defiance of EU proposals. In all, 6.1 million participated in that election.

The Syriza leadership, after calling for and winning the “No” vote in July, quickly reversed themselves and accepted the EU conditions. Despite this reversal, it appears many Greek voters consider the traditional pro-capitalist parties a greater evil and the parties to the left of Syriza as ineffective.

The September election brought little change in parliament. Syriza again came in first with 145 seats in the 300-seat body, only four fewer than they had held since January, with 35.5 percent of the total vote. Once again Syriza formed the government in alliance with the small Anel party. Alex Tsipras remains prime minister.

In contrast to January, Tsipras and his party no longer claim they will confront EU demands. They say only that they will try to avoid having all the weight of austerity fall on the working class. Unemployment in Greece is still over 25 percent, and workers have suffered severe cuts to all social services, including health care and education.

Those in Syriza who had opposed the EU deal left the party and formed a new one, the Popular Unity party, which continued to call for rejecting the EU deal. This party was able to win only 2.86 percent of the vote, slightly short of the 3 percent minimum, so it won no seats in parliament.

The Communist Party of Greece (KKE) won about the same percentage of the vote and the same 15 seats it had in January. The KKE says this shows the party can hold its own under unfavorable conditions. Regarding total votes, however, since participation was much smaller, it meant that the KKE attracted 36,000 fewer voters.

The KKE has a loyal base in the industrial working class who regularly vote for it. While the party criticized Syriza throughout the year, it apparently won few votes from those who became disillusioned with the governing party.

The fascist Golden Dawn Party had a small rise from 6.3 to 7 percent of the vote, gaining one seat, for a total of 18. However, its total votes decreased. This party’s existence remains a threat to Greek workers and all immigrants, not only in parliament but in the streets.

The Syriza-Anel coalition government, the center-right New Democracy and all other parties in parliament — with the exception of the KKE and the fascist Golden Dawn — have accepted the EU conditions. It is likely that the struggle to protect the working class will have to be conducted outside parliament.