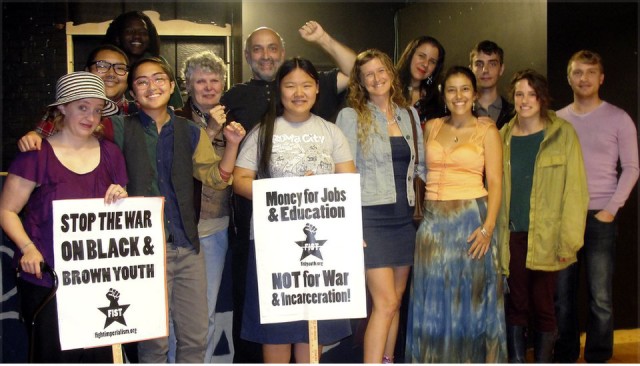 The audience responded by sharing their own experiences and discussing how to take the next steps in building solidarity across struggles, and the value of joining a revolutionary party to help achieve that goal.

Later that night, there was a community screening of the film “Pride,” which tells the true story of a communist-led group of gays and lesbians who raised funds to help support striking Welsh miners in 1984. Afterwards, the discussion of building solidarity continued, focusing on how to build bridges between the LGBTQ and Black Lives Matter movements.