We publish here the statement of Ana Edwards, chair of the Sacred Ground Historical Reclamation Project of the Defenders for Freedom, Justice and Equality at this organization’s Sept. 19 press conference at the Jefferson Davis Monument in Richmond, Va., protesting the assigned route of the UCI international bicycle race. 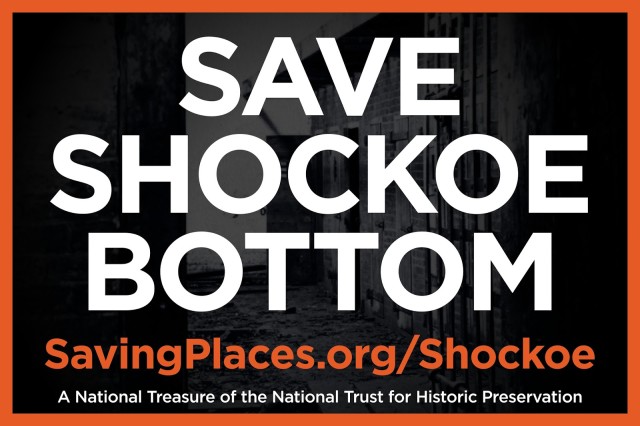 Welcome to Richmond, Virginia, one of the oldest cities in the United States. As such, it’s rich with history. And today it’s also known for its fine universities, historic and cultural institutions, prize-winning restaurants, an innovative craft-beer industry, a creative arts and recreation community and its natural resources, particularly the beautiful James River.

Some of the history is well-known: Richmond was a center for patriotic ferment during the Revolutionary War and was the capital of the Confederacy during the U.S. Civil War.

Less well-known is its role in the U.S. domestic slave trade. Richmond’s Shockoe Bottom is where enslaved blacksmith Gabriel died for “Death or Liberty!” while blocks away on Church Hill, Patrick Henry, an attorney who did legal work for Gabriel’s owner, cried for “Liberty or Death!” Where, in the three decades leading up to the Civil War, more than 100,000 men, women and children were sold into slavery in the Deep South. Shockoe Bottom’s 19th-century grounding in wholesale slave trading made Richmond one of the most important industrial economies of the South. But a visitor to our city would not know that.

Over the last five years Richmond has commemorated the 150th anniversary of the U.S. Civil War. This sesquicentennial has been a significant self-examination of the key events in our history, but also key aspects of our country’s values. We have begun to seek a deeper understanding of the legacy of the essential contradiction in our national identity: that the “Land of the Free” was also a slave-holding society based on a white-supremacist ideology.

But here we are, 150 years after Emancipation and the end of the Civil War, standing in front of the Jefferson Davis memorial at Monument and Davis avenues — a city-owned monument that honors the slave-holding president of the Confederate States of America.

Today is the first day of the UCI Road World Championships bicycle races, which spotlight the Davis monument by making it the halfway turning point for the main races. The cyclists will also ride past the statues of Confederate Generals Robert E. Lee and J.E.B. Stuart to the east and turn past that of Thomas “Stonewall” Jackson to the west.

The choice of Monument Avenue was deliberate, and probably obvious. According to the race organizers, “Three main factors were considered when designing the courses: competitive and technical aspects; showcasing the best of the Richmond region; and the overall impact on local residents and businesses.” (tinyurl.com/nz7c823)

Monument Avenue’s architecture and statuary have ensured it has long been considered one of America’s most beautiful streets, and the only city street with a spot on the National Register of Historic Places. And clearly there is funding aplenty for its upkeep.

However, the monuments on the avenue were imposed on the landscape of Richmond and cities across the South precisely at the time when the rights of Black people, earned during and after the Civil War, were being stripped away. Recall the 1902 Virginia Constitution, which denied the vote to almost all Blacks and most poor whites. Across the South, public facilities were re-segregated.

Racist laws called the Black Codes restricted where African Americans could live, work and worship. Defying these “Jim Crow” laws meant risking your freedom or your life. The 1924 Racial Integrity Act was racial-cleansing legislation affecting Indian and Black people to this day.

People such as John Mitchell Jr., editor of the Richmond Planet — and a member of the city’s Common Council at the time — fought public funding for the unveiling of the statue that began Monument Avenue, that of Robert E. Lee. After witnessing the unveiling in May 1890, Mitchell wrote, with painful farsightedness: “This glorification of States Rights Doctrine — the right of secession and the honoring of men who represented that cause — fosters in the Republic, the spirit of Rebellion and will ultimately result in the handing down to generations unborn a legacy of treason and blood.”

The 20th century is rich with the struggles of people for civil and human rights progress in this country, and the victories have been many.

Yet and still, when the massacre in that church in Charleston, S.C., took place this very summer, people across the country understood its meaning: that our work is not done and we should not continue to avert our eyes when walking past these statues. We cannot pretend that it is OK for our civic monuments, which are the public declarations of our values, to continue to promote admiration for the actions of those who would have held slavery and “white supremacy” as high and noble to this very day.

Many are calling for their removal. And frankly, if a symbol of my “heritage” accompanied acts of terror, oppression, discrimination and declarations of racial supremacy, I would let it go. Let these symbols live in museums, so we don’t lose the lessons of why they existed and why they were taken down.

So we are here today to tell the world that most Richmonders do not support showcasing these monuments to Confederate military and political leaders during this world-famous sports event. At a time when cities across the country are removing these symbols of the oppression of Black people precisely because they continue to contribute to the nurturance of racism in today’s world, it’s an embarrassment that our city, which has NOT been the capital of the Confederacy for 150 years, would chose to highlight these statues to a world audience by making them the centerpiece of this event.

What could we highlight instead? At the very least the route could also have included the one Black person memorialized on Monument Avenue who actually fought racism: Richmond tennis champion and anti-apartheid activist Arthur Ashe.

Visitors should know about Jackson Ward, the “Harlem of the South,” the home of entertainer Bill “Bojangles” Robinson; Oliver Hill, the renowned civil rights attorney who worked on the landmark Brown v. Board of Education case; Maggie Walker, first woman banker in the United States; and the Fighting Editor, John Mitchell Jr.

But the route also has the cyclists riding over the historic ground of Shockoe Bottom, once the epicenter of the U.S. domestic slave trade. This is where the process of changing the public history landscape of Richmond begins in earnest.

Over the past 13 years, the Defenders have played leading roles in successful community struggles to reclaim Richmond’s African Burial Ground from its use as a state-owned parking lot and to stop a proposal by Mayor Jones and local developers to build a commercial baseball stadium in the heart of Shockoe Bottom.

The group has also facilitated a very public, five-month campaign to develop a community-generated proposal for a nine-acre Shockoe Bottom Memorial Park and Interpretive Center. Three days before the conclusion of that process, Mayor Jones suddenly proposed putting all available resources into a single memorial at one of the Bottom’s former slave jail sites — just a half-acre area — which, while significant, leaves the rest of Shockoe Bottom unprotected, including the African Burial Ground.

The Memorial Park could be a nine-acre campus of beautifully and thoughtfully designed memorial and educational spaces — walkable, environmentally beneficial and technologically connected to our city’s wealth of museums, libraries and universities. It can be a living Site of Conscience and a fitting legacy for this generation of Richmonders, of all races and nations, to gift to our children. For this will be their city.

A Shockoe Bottom Memorial Park, located within a day’s drive of half the country’s population, can be a national site for truth, compassion, freedom and progress.