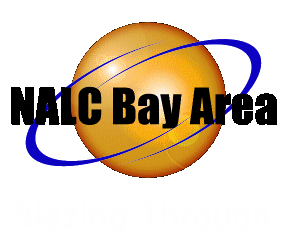 The following resolution was adopted on Sept. 2, 2015, by the National Association of Letter Carriers Union – Golden Gate Branch 214 – in San Francisco.

Whereas, while San Francisco is in critical need of funding for public education, affordable housing, social services and health care, the Sheriff proposes to spend $240 million [up to $465 million including financing; 30 years of debt] of taxpayer dollars to build an unnecessary new 384 bed jail in downtown San Francisco; and

Whereas, the reality is that San Francisco already has too much jail space. There are approximately 1,000 empty beds every single day in S.F. county jails. Jail population has been declining steadily, remaining at 62-65 percent of its total jail capacity for almost four years [50 percent capacity of current buildings with the entire CJ#6 sitting empty]. In other words, over 35 percent of the city’s jail system is unused and 85 percent of the S.F. jail population is simply awaiting trial; and

Whereas, proponents of the plan say we need their new jail to replace the old one at 850 Bryant St. because the building is seismically unsound. However, there is already an excess of empty jail beds and no need to increase jail capacity. The jail at 850 Bryant can be closed immediately without building a replacement; and

Whereas, San Francisco can expand its prevention, pretrial alternatives and diversion programs and promote bail and sentencing reform — and thereby reduce the jail population for a fraction of the cost of building a new jail and paying huge interest and annual General Fund operating expenses over many years. These alternatives to incarceration have proven to be best for keeping families together, stabilizing communities, and preparing prisoners for a productive life on the outside; and

Whereas, 42 California counties are currently choosing the dangerous path of jail construction and expansion instead of community-based alternatives to incarceration. Prison and jail expansion has had a particularly devastating effect on poor and working people of color. San Francisco has an opportunity to act against this destructive trend of unrestrained prison and jail growth.

Therefore be it resolved, that Golden Gate Branch 214 of the National Association of Letter Carriers formally opposes the costly and unnecessary San Francisco Jail Replacement Project, and urges others, including the San Francisco Labor Council, to do the same.