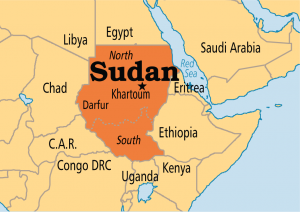 A concerted campaign to disrupt the African Union Summit held June 7-15 in the Republic of South Africa used charges by the International Criminal Court against standing Sudanese President Omar Hassan al-Bashir, who was recently re-elected by a wide margin in the oil-rich north central African state.

A war against the government of Sudan has been carried out with the full support of imperialism since 2003. The government has rejected accusations that it is guilty of war crimes and genocide in the western Darfur region.

Numerous investigations of the Darfur question have failed to prove genocide against the people of the region. Various imperialist-backed groups have sought to shift public opinion against the African state to no avail. Most anti-imperialist organizations view the situation inside Sudan as a by-product of the legacy of British colonialism and the continuing interference of U.S.-based intelligence and military agencies, along with their allies in Israel and other Western-dominated states.

A so-called nongovernmental organization in South Africa sought to have the Sudanese head of state arrested, based on highly questionable indictments issued against him several years ago by the ICC, based in the Netherlands, a former colonial and slave-holding state in Europe. Instead, he was allowed by the South African government to return to his home country on June 15.

The Republic of South Africa, led by the African National Congress, assured the Sudanese government that it had no intentions of acknowledging such a court demand for the appearance of an African leader, since that would violate AU protocol. Bashir was in South Africa at the invitation of the AU and President Jacob Zuma.

An article in the Sudan Tribune said that opposition parties had moved the case against Bashir.

Sudan, prior to its partition in 2011, largely at the aegis of U.S. imperialism, was the largest geographic nation-state in Africa. Washington sought to control the oil-producing country’s foreign and domestic policy during the 1990s.

Sudan has been under constant criticism and legal persecution over its efforts to secure its sovereignty during an ongoing insurgency in its western Darfur region. Nevertheless, President al-Bashir and his National Congress Party have been able to maintain state control and stave off persistent destabilization efforts by the U.S. and Israel, which support the rebel movements in Darfur.

This meeting of the AU focused on the struggle for gender equality and the necessity of African economic development. An early session was held on the role of women in Africa.

All 54 AU member states have pledged to vigorously promote the participation and empowerment of women in all aspects of society, including government and economic affairs.

A document issued by the AU during the summit states: “The consideration of gender in sectorial development policies of the African Union experienced a breakthrough at the level of continental organization as well as in Member States despite the existence of many challenges that still persist in regards to gender equality and women’s empowerment in Africa.”

In theory and program, the AU is mandated to work toward at least 50 percent participation of women in political and societal affairs. These efforts are designed to overcome the legacy of slavery and colonialism, where the role of women in Africa was severely submerged under a system of exploitation and national oppression.

Some 26 AU states have signed an accord to establish an African Trade Zone, seeking to link the entire continent in a program of economic growth and development.

The website of the ANC reads, “The agreement, signed by the Southern African Development Community (SADC), the East African Community (EAC) and the Common Market for Eastern and Southern Africa (COMESA), seeks to create a common market from Cape to Cairo. It is effectively the continent’s largest free trade zone, unlocking blockages that had previously existed hindering the free movement of goods and investment across the continent. This development is in line with our stated objective of catapulting Africa to take her rightful place as a formidable force amongst regions of the world; ensuring that development and growth come from within the continent itself driven by our combined population of 600 million and combined [gross domestic product] of approximately a trillion U.S. dollars.”

This AU meeting took place against the backdrop of continuing challenges of economic dependence on imperialism, xenophobic attacks in South Africa and a rising migrant crisis in the Mediterranean.

In order to effectively break the chains of neocolonialism and imperialism, AU member-states must establish their own system of political and economic relations independent of world capitalism, which was built on the profits of slavery and colonialism.

The subordinate position of Africa reflects the failure of postcolonial states to integrate their political economies against capitalism and reconstruct the continent on a socialist basis that would provide the foundation for development in accord with the interests of the majority and not the ruling classes.