A National Day of Solidarity with Black Women and Girls, including Black transwomen, who were victimized or murdered by the police or other state-sanctioned violence, was commemorated with two actions in the Bay Area on May 21. 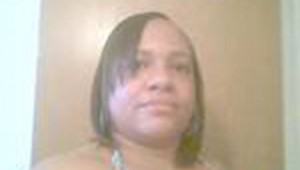 A late afternoon rally was held outside the Emeryville Home Depot in Emeryville, near San Francisco, to draw attention to the murder of Yuvette Henderson, who was killed Feb. 3 by local police for allegedly “shoplifting.” Henderson, an Oakland mother of four and a grandmother, was assaulted by a Home Depot security guard and later killed by the Emeryville police. The rally was organized by the Anti-Police Terror ­Project.

Protesters held a speak-out highlighting the cases of many Black women and girls who have been killed by the police. Speakers included Cat Brooks, of the Onyx Organizing Committee and APTP; Cadine Williams, the sister of O’Shaine Evans, who was killed by San Francisco police in 2014; and La Mesha Irizarry, director of the Idriss Stelley Foundation, named after her son who was killed by the police. All the speakers agreed that “Home Depot is guilty of murder.”

Following the rally, people began leafleting and talking to shoppers about Henderson and other Black women who have been victims of state violence. Within 10 minutes, Home Depot closed its doors, only opening to allow the last group of shoppers to exit. To date, Home Depot refuses to release any security footage about the shooting.

Later that night, a large crowd gathered at Oscar Grant Plaza in downtown Oakland to attend a rally organized by the Black Youth Project as part of the national day of actions.

“We are here mourning the lives of all Black women and girls who were victims of state violence,” said Alicia Bell, one of the BYP organizers, in her opening remarks at the rally. “Black women and girls, Black transwomen have all faced police repression. It’s time to break the silence.”

The young BYP organizers unfurled a big scroll with the names of Black women and children who have been killed by the police. The names of these victims of state violence rang out over the plaza — “Kayla Moore, Yuvette Henderson, Brandy Martell, Aiyana Jones, Renisha McBride, Eleanor Bumpers,” just to mention a few.

The May 21 protest also highlighted violence faced by Black transwomen. Janetta Johnson, program director of the Transgender Interfaith Justice Project, spoke in opposition to a new jail being built in San Francisco. “Transgender women are being incarcerated at a very high rate,” she stated.

Following the rally, the women of the BYP led a march down Broadway to the Oakland Police Department headquarters. Evening marches are very common in Oakland. However, for this rally, the police instituted the mayor’s new tactic — blocking demonstrators from marching in the streets after dark, allowing them only on sidewalks. Police immediately got on their loudspeaker and declared the march an unlawful assembly in violation of the city code. The marchers at first ignored police warnings, which were continuous and very loud.

However, when the marchers got within two blocks of the OPD, a line of over 100 police stopped the demonstration. People were told they would be arrested if they continued marching in the street. The organizers decided to continue their march on the sidewalk.

At a rally in front of the OPD, Cat Brooks of APTP called on the crowd to challenge the new police tactics of imposing an evening demonstration curfew. “Oakland’s new mayor, Libby Schaaf, has implemented a new protest ordinance,” Brooks said. “We have a lot of organizing to do this summer.”

Brooks and others called the ordinance a racist action, pointing out that it was first imposed when Black women and Black children organized a march.

Since the National Day of Solidarity with Black Women’s Lives Matter, initiated by #SayHerName, nightly marches have been held in Oakland to defy the evening ban on demonstrations.