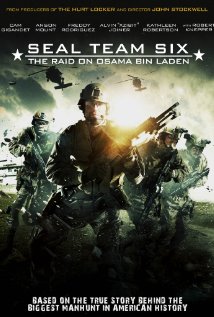 A pack of lies.

On May 2, 2011, a team of U.S. Navy SEALs, acting under the direction of the CIA, carried out a raid on a compound in Abbottabad, Pakistan, and assassinated Osama bin Laden.

Although it violated international law as well as Pakistani national sovereignty, the assault, which included the killing of several civilians, was lauded by the U.S. government and most of the big business media as a victory in “the war against terrorism.”

Four years later, this “victory” has been challenged by a narrative that is stunningly different than the official one released by the U.S. government immediately after the raid.

The new report, written by Seymour Hersh and published by the London Review of Books, basically asserts that almost everything the public was told about the raid was a lie.

Hersh is an experienced investigative journalist who has published articles that have exposed and embarrassed the U.S. military and the CIA for a large number of atrocities and misdeeds. Among his most famous stories were those of the My Lai massacre of hundreds of Vietnamese men, women and children by U.S. troops in March 1968, and the tortures carried out by the U.S military at the Abu Ghraib prison during the war in Iraq in 2003-2004.

Since the publication of this newest account, the U.S. government and most of the corporate media have howled with indignation, falling over each other in a rush to attack Hersh and his article. He has been accused of outright fabrication and relying on “unnamed sources,” including a retired CIA officer.

Of course, the use of government leaks and unnamed sources in the media is quite normal. Indeed, in its initial press briefing following the bin Laden raid in 2011, U.S officials insisted on it. The transcript of a May 7, 2011, background briefing with a senior intelligence official at the Pentagon on intelligence aspects of the U.S. operation involving Osama bin Laden reads: “This is a traditional background briefing, no video or audio from out of here, no photographs please, no taping is permitted by video. … The briefer can be referred to and attributed as a senior intelligence official.” (defense.gov)

The attacks have come from across the bourgeois political spectrum. Fox News, which seldom has anything good to say about President Barack Obama, actually praised the bin Laden raid.

In an interview with Shepard Smith on youtube.com, retired Navy SEAL Robert O’Neill viciously attacked Hersh, stating that “the story our president told [about the raid] was the truth!” O’Neill has bragged that he personally killed Osama bin Laden.

Hersh is not the only journalist to have contested the White House/CIA/Pentagon version of bin Laden’s killing. As early as August of 2011, a blogger named R.J. Hillhouse, using different sources, challenged almost all of the same official report points that Hersh did. At the time, the corporate media ignored Hillhouse’s article. (thespywhobilledme.com, May 11)

A pack of lies

Among the points on which Hersh and Hillhouse contradict the official reports are the following:

One need not depend on inside informants to cast doubt on the veracity of the U.S. government’s explanation. On close examination, the whole incoherent edifice collapses, weighed down by its own implausibility.

It is clear that the CIA/Pentagon raid on bin Laden’s compound was a targeted assassination, which had as one of its primary goals the intimidation of any person or entity that could potentially challenge U.S. imperialism and hegemony.

The U.S. president recently was given additional legal authority to secretly order the assassination of virtually anyone in the world, including U.S. citizens.

Seymour Hersh, R.J. Hillhouse and others have drawn renewed attention to the network of lies with which the imperialists attempt to cover up their nefarious acts. Progressive and oppressed people around the globe must continue their vigilance and oppose these militaristic killings, whether they be abroad or on the streets of U.S. cities.