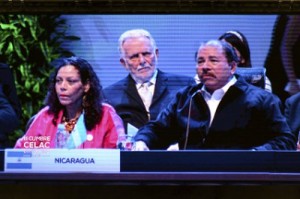 On the international level there are many unknowns about the struggle for the independence of Puerto Rico. This often leads to simplistic ideas and criticisms about the Puerto Rican struggle, at times even negative ones without any understanding of the complexity of a struggle that for over a century has been waged within the limits of life in a colony.

It is a struggle that has cost many lives in U.S.-perpetrated massacres and murders, long incarcerations in the prisons of the empire, frame-up charges, accusations and dossiers (collecting information about persons involved in political organizations related to independence), constant monitoring by local and federal agencies, along with the continuous harassment of pro-independence activists.

By imposing colonial status, the U.S. empire committed a crime against humanity, which not only robs Puerto Rico’s workforce, resources and sovereignty, but tries to strip its people of their own history and Afro-Taíno-Caribbean identity. Puerto Rico’s struggle for independence has been an uphill battle. It remains one.

This is true even within the Community of Latin American and Caribbean States (CELAC), an organization whose goal is to unite in action every country of the Americas and isolate them from the interference of U.S. and Canadian imperialism. It was not until CELAC’s recent Jan. 28 summit, its third since CELAC was founded in 2011 at the initiative of the late Venezuelan President Hugo Chávez, that there was an active presence of Puerto Rican independence fighters.

U.S. strategy has always been to isolate Puerto Rico and its struggles from its neighbors. For decades, Puerto Rico was seen as a U.S. appendage, separated from the Latin American and Caribbean context. That’s what makes what happened on Jan. 28, the first day of the meeting of heads of state, so important.

The theme of this year’s summit, held in Costa Rica, was “Latin America, free of extreme poverty.” Nicaragua’s President Daniel Ortega emphasized that CELAC should continue its progressive policies and stay alert against U.S. conspiracies. He gave as an example the continuing blockade of Cuba and the destabilization plans against Venezuela. Then Ortega used his platform to call upon the leader of the Puerto Rican Independence party, Rubén Berrios, saying: “Come, Rubén, finish my talk!”

Berrios then explained the need for CELAC to act in solidarity with Puerto Rico’s independence and for the release of pro-independence political prisoner Oscar López Rivera, who has spent 34 years in prison.

When Berrios finished, the president of Costa Rica and host of the event, Luis Guillermo Solís, reprimanded Ortega for not following the “procedures” of the summit. Ortega replied, “You bring up procedures,” but “you decided to give the floor to the OAS, the instrument of Yankee colonialism.” Ortega then said, “Puerto Rico’s voice is Nicaragua’s voice.” A few days later, Ortega appointed Berrios as advisor to Nicaragua on decolonization.

This incident, together with disagreements among some countries over whether to support independence for Puerto Rico, reveals the hidden hand of U.S. imperialism trying to intervene in this forum. In fact, as there was no mandatory consensus, the final declaration adopted regarding Puerto Rico was the same as at the 2014 summit in Havana: “To reiterate the Latin American and Caribbean character of Puerto Rico and to take note of the resolutions on Puerto Rico adopted by the Special Committee on Decolonization of the United Nations, we reiterate that this is a matter of interest for CELAC.”

However, the wall of silence about Puerto Rico was broken, at least partially, when the discussion between Ortega and Solís was widely covered by international media — in the United States only CNN reported something. The struggle for independence is now part of the tasks of CELAC, when Cuba, Venezuela and Ecuador — whose President Rafael Correa will preside in CELAC the next year — endorsed the proposal to include the demand for sovereignty for Puerto Rico.

The reality of the great social, financial and economic crisis the Puerto Rican government is undergoing right now gives this incident a special meaning. This crisis has been caused not by the misguided policies of the current government, which are in fact enormous, but by Puerto Rico’s colonial status, with the consequent lack of sovereignty to solve problems for the benefit of its people.

The list of the huge problems facing the country is long; prominent among them is privatization of public agencies and services, the high cost of living, rising unemployment, violence caused mostly by the increase in illicit drug commerce, and a huge public debt, which according to a lengthy report in the Feb. 5 El Nuevo Día, exceeds $160 billion. Add to this the bleeding of the population, which is migrating to the United States, most of them at the most productive ages, that is, 20 to 44 years old. According to El Nuevo Día, in 2013 some 73,000 people left Puerto Rico, mostly migrating to southern states in the U.S. At the same time, the government of Puerto Rico is giving incentives to wealthy U.S. businessmen to move to Puerto Rico.

The Feb. 6 New York Times article entitled, “While the middle class flees, Puerto Rico tries to attract rich people,” illustrates one of the erroneous policies of the local government. Using the pretext that its policy will bring in investors and jobs, the government’s steps basically will result in the replacement of the population — very similar to what happened in Hawai’i. This article arouses great anger among those who know that thousands of Puerto Ricans are driven to leave the island precisely by the lack of jobs and the high cost of living. This substitution has already caused extremely negative political and social outcomes in Culebra, Vieques and the Big Island (Puerto Rico).

That is why the anti-colonial struggle needs international solidarity more than ever. Berrios said, as he finished: “It is the Puerto Ricans’ responsibility to bring about independence; to Latin America and the Caribbean, however, belongs the task of showing solidarity with our right to independence and our demand to the U.S. to put an end to colonialism.”