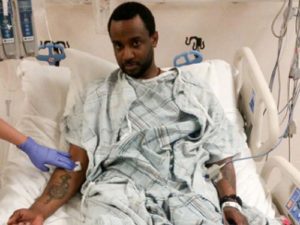 By a railroad worker

Six people died horrible deaths when a Metro-North commuter train collided with a sports utility vehicle in Valhalla, N.Y., a northern suburb of New York City, on Feb. 6. Five of the bodies were burned beyond recognition.

Even more people would probably have perished if it wasn’t for the heroic actions of locomotive engineer Steven Smalls Jr. Despite being injured, Smalls helped passengers get off the train.

This tragedy occurred when a SUV stopped on the Commerce Street railroad grade crossing in Valhalla. Although engineer Smalls applied emergency braking, it was impossible to stop his train, which was moving at 58 miles per hour at the time.

Two hundred eighty-eight people died in railroad crossing accidents in 2013. Railroad workers were among the victims.

Amtrak Conductor Laurette Lee died when a truck slammed into the California Zephyr train at a grade crossing 70 miles east of Reno, Nev., on June 24, 2011.

Not a “top priority” says Cuomo

“In theory it’s a nice idea,” said Cuomo. “In practicality, do we have the money, do we have the time? And is it one of the top priority safety projects? I would say no.” (New York Times, Feb. 5)

Try telling that to the three children of Ellen Brody, who was driving that SUV that got stuck on the Commerce Street crossing and was burned alive.

Even the Rail Safety Bureau of Andy Cuomo’s own state Department of Transportation admits that “the safest option regarding highway-railroad grade crossings is to eliminate or close them.” (dot.ny.gov)

New York’s Public Service Commission was ordering railroads a century ago to eliminate grade crossings by building over or under highways.

No money, Andy? Your father, Mario, stole billions from the Urban Development Corporation to build 30 prisons. This money was supposed to be spent to build low-cost housing.

No time, Andy? The Long Island Railroad spent 30 years, from 1950 to 1980, to eliminate all the grade crossings on its Montauk branch from Jamaica to Babylon. This program must have saved dozens of lives.

Metro-North’s New Haven line doesn’t have any grade crossings. Neither does the Amtrak line between New York and Washington.

So why can’t the Rail Safety Improvement Act be funded and expanded to start eliminating the most dangerous railroad crossings?

Crossing gates were only installed at that Commerce Street crossing after Gerard Dunne was killed there in 1984. This crossing is dangerously sited on a turnoff from the Taconic State Parkway.

Nine teenagers were killed at the Long Island Railroad’s Herricks Road crossing in Mineola on March 14, 1982. It wasn’t until 1998 that a bridge was finally erected there, eliminating the bloody crossing.

Long freight trains at grade crossings also block ambulances and fire trucks. Cudahy, Wis. — a Milwaukee suburb with less than 20,000 people — had to have two firehouses because of the Chicago & North Western (now Union Pacific) slicing through their town.

What’s needed is a massive program — like the Works Progress Administration in the 1930s — to begin getting rid of these dangerous grade crossings. Tens of thousands of workers could be hired.

Only a movement of the people will make this happen.pan>