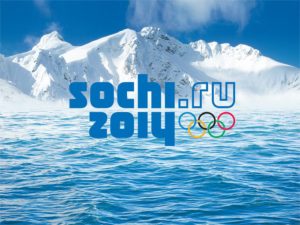 This is the age of imperialism. The Olympic Games cannot escape being drawn into the major contemporary struggles playing out in world politics.

At present the U.S. imperialists are locked in a geopolitical struggle with Russia over Syria, Iran, Ukraine, control over the former Soviet republics, the military balance of power in Europe, the safe harbor Moscow gave to Edward Snowden and a host of other issues.

The fact is that when the USSR collapsed in 1991, the White House, the Pentagon, and the bankers and bosses in the U.S. were looking forward to absorbing the former USSR with its republics into the Western imperialist system of capitalism. They were salivating over the oil and gas resources, the coal, the steel mills, the gold mines of the former USSR and the republics, including the agricultural wealth of Ukraine.

Things seemed to be going in that direction for several years after the counterrevolution. The presidency was put in the hands of U.S. puppet Boris Yeltsin, the coup maker who dissolved the USSR. The socialist industrial infrastructure built up over 75 years was broken up and given to a handful of capitalist billionaires. Russia was opened up to the International Monetary Fund, and U.S. advisers were invited to administer economic “shock therapy.”

Then Vladimir Putin came in and took over. He represented the rising Russian capitalist robbers who wanted to reclaim the world status gained by the USSR when it was a socialist power — except this time it would be on the basis of expanding Russian capitalism and its regional domination over the former republics of the USSR, including Ukraine. Putin tried to put an end to Russian capitalism’s dependence on and subservience to Wall Street and Washington.

Washington’s policy began to shift dramatically in a hostile direction. NATO was expanded to the borders of Russia. The Baltic states of Estonia, Latvia and Lithuania became Western outposts on Russia’s border. Poland, the Czech Republic, Slovakia and Romania also joined NATO.

The U.S. announced plans to build a missile system with land- and destroyer-based Aegis missiles. The intent of such systems is to allow the U.S. to retain its first-strike capacity against Russia. The construction of this system has already started in Spain and Romania, and is scheduled to also involve Poland.

It is in this context that the publicity and politics surrounding the Sochi Olympics must be viewed.

The present games have been surrounded, at least in the U.S. and Europe, with U.S.-generated negative publicity. It is calculated to discredit Russia and undermine the enhanced world status that the reactionary, counterrevolutionary capitalist ruling class in Moscow seeks as host of the games.

Regular anti-terrorist warnings have been coming from Washington, peaking just before the opening of the games when the U.S. issued a “travel alert” for Sochi. Special security regulations were issued barring all liquids from U.S. planes bound for Sochi. U.S. press reports for several days warned that alleged “Black Widow” Islamic women terrorists were “known” to be targeting the Olympics.

It was announced that President Barack Obama and Michelle Obama would not attend any ceremonies at the Olympics because of the anti-gay laws passed by the Russian Parliament prior to the Olympics. A number of prominent U.S. gay athletes were chosen as delegates to the games to sound a note of defiance against the anti-gay posture of the Putin regime.

Of course, the Putin regime is not just anti-gay; it is thoroughly anti-working class as well. The Russian parliament just passed a minimum wage law that is below the poverty level. Workers’ strikes are repressed. There is homelessness and poverty in urban and rural areas alike.

The lesbian, gay, bi, trans and queer community in the U.S. and throughout the world has exercised its right and duty to protest this reactionary treatment of gay people in Russia, by whatever means necessary. The International Olympic Committee has forbidden open protest. The IOC used a ruling forbidding political gestures of protest that was passed in 1968 after two African-American medalists, Tommie Smith and John Carlos, raised their fists in the Black Power salute at the Mexico Olympics to protest racism in the U.S.

Protests by the LGBTQ movement and their supporters, no matter whether they are encouraged and supported by the U.S. government, are wholly genuine and completely justified.

But with respect to the U.S. imperialist government, everyone should be clear that Washington is purely hypocritical in its expressions of sympathy for the LGBTQ community.

There are 14 states in the U.S. that still have laws on the books outlawing gay sex, even though the Supreme Court declared such laws unconstitutional in 2003. Eight states have laws prohibiting any objective treatment of gay life in the classroom. And numerous states ban same-sex marriage.

Yet the Obama administration has been totally inactive about these violations. These U.S. anti-gay laws should be protested in Sochi, as well as in the U.S.

Washington has highlighted Russia’s anti-gay legislation not out of concern over LGBTQ rights, but because its geopolitical rival is completely vulnerable due to these backward, reactionary anti-gay laws.

Meanwhile, persecution of the fiercest kind faces gay people in Saudi Arabia, Egypt and many other close allies of Washington.

In Ukraine right now Nazis from the Svoboda Party are in the streets denouncing communists, Jews and gays; they are part of the U.S.-inspired movement to overthrow the government and bring Ukraine under the domination of the U.S. and Europe. But there have been no press conferences or news reports by Washington denouncing the Svoboda Party.

Class character of the Cold War

Many political observers have referred to the current U.S.-Russia conflict as the new cold war. This is correct but incomplete. The present struggle between U.S. imperialism and Russian capitalism might have many of the same geopolitical forms as the Cold War between the U.S. and the USSR. But it has diametrically opposite social content.

The previous Cold War was a class war between two opposing social systems. The present cold war is between a weakened capitalist Russia trying to hold on to the geopolitical position it inherited from the Soviet era in relation to Syria and Ukraine, among others, and trying to cement its hold on the former republics in a regional economic union.

The previous Cold War was a 45-year campaign to destroy the socialist foundation of the USSR — its socially owned planned economy with a state monopoly of foreign trade and economic and social guarantees for the working class. Imperialism sought to end Soviet aid to Cuba and to the liberation struggles in South Africa, Namibia, Angola and Ethiopia. Rather than having an empire in Eastern Europe, the USSR subsidized oil and gas supplies to the region.

The USSR gave aid to numerous post-colonial countries to help them stave off the domination of imperialist neoliberalism. It built construction projects, including the Aswan Dam in Egypt and the first steel mill in India, among others.

To the businessmen, rich farmers and their supporters in the streets of Ukraine who want to align with U.S. and European capitalism, the Soviet Union represented “an empire” because under the Soviet regime their class privileges were outlawed and they had to be underground.

Understanding the politics around the games must take into account the present geopolitical rivalry between U.S. imperialism and Russian capitalism.

While the working class must develop an independent position that fights against both U.S. imperialism and Russian capitalism, it would be a setback if Wall Street were to strengthen its world domination by taking over Russia or any of the former republics, especially Ukraine.

Goldstein is the author of “Low-Wage Capitalism” and “Capitalism at a Dead End,” which has been translated into Spanish as “El capitalismo en un callejón sin salida.” Both are available on Amazon.