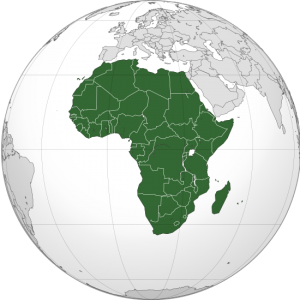 Developments in Central and East Africa have dominated news coverage of Africa since December. The split within the ruling Sudan People’s Liberation Movement/Army (SPLM/A), a close ally of Washington, and the deployment of French and African troops in the Central African Republic have led to an escalation of Pentagon involvement in these states.

The U.S. Defense Department has announced the formation of an East African Response Force (EARF). This new unit is part of the U.S. Africa Command (Africom), which has been strengthened under President Barack Obama.

A recent drone attack in southern Somalia is representative of the growing aggression of Washington in Africa. The government of Djibouti, a former French colony where the U.S. has over 4,000 soldiers at Camp Lemonnier, released a statement saying that such strikes are “vital” in the so-called “war on terrorism.” The drone strike was launched from a Pentagon military installation in Djibouti.

Prior to the creation of the EARF, the U.S. operated in the region under the framework of the Combined Joint Task Force-Horn of Africa.

U.S. Brigadier-General Wayne Grigsby, commander of CJTF-HOA, claims his forces are in East Africa only to assist governments in their military campaigns to defeat the “terrorist threat” posed by Al-Shabaab, a Somalia-based guerrilla organization that has fought the Washington-backed regime in Mogadishu for the last six years.

But Grigsby also admitted, “The purpose is to protect the United States and its interests abroad.” (Shabelle Media Network, Feb. 7) East and Central Africa have a vast repository of oil, natural gas and strategic minerals.

Africom’s EARF has been utilized in the current conflict in the Republic of South Sudan. A contingent of the unit was deployed there to evacuate U.S. Embassy personnel and to guard U.S. economic interests.

A significant factor in the South Sudan conflict has been the intervention of the Ugandan People’s Defense Force, which sided with the government of President Salva Kiir. The Ugandan government is a very close ally of the U.S., and its military has benefited for years from Pentagon training programs and weapons procurement.

On Jan. 23, a cessation of hostilities agreement was signed by the SPLM/A and the SPLM/A in Opposition, the faction represented by ousted Vice President Riek Machar. It called for the withdrawal of Ugandan troops from South Sudan. The dissident SPLM/A in Opposition, however, says the UPDF is carrying out aerial bombings and ground operations in contested areas.

In the Central African Republic, the U.S. has been assisting with the transport of French and African troops into the country. The forced resignation of interim President Michel Djotodia and the Seleka Coalition and his replacement by Catherine Samba-Panza have not stabilized the political and security situation. Anti-Muslim mobs both within the CAR military and among Christian militias have engaged in attacks on Islamic communities, seriously injuring and killing many people.

A spokesperson for U.S. Secretary of Defense Chuck Hagel said airlift support was requested “to enable African forces to deploy promptly to prevent the further spread of sectarian violence in the Central African Republic.” The Pentagon assistant press secretary stated, “The United States is joining the international community in this effort because of our belief that immediate action is required to avert a humanitarian and human rights catastrophe in the Central African Republic, and because of our interest in peace and security in the region.” (Stars and Stripes, Jan. 22)

The intervention of both France and the U.S., however, has only worsened the conditions for people in the CAR. Tens of thousands of Muslims are fleeing the country to neighboring Chad, as divisions are becoming more pronounced based on religious differences and perceptions of political power.

The United Nations Security Council has authorized the deployment of European Union troops to the CAR, but there is no evidence this will stabilize the ­situation.

The growing French, U.S. and EU military involvement in Africa is designed to secure Western imperialist dominance over the oil, diamonds, gold and uranium that exist in abundance in the CAR and South Sudan.

The imperialists are creating the conditions for the deterioration of the societies involved, and with their false propaganda about humanitarian assistance, are providing further rationale for an even heavier military occupation.

Anti-war and anti-imperialist organizations in the U.S. must oppose these so-called “humanitarian interventions” because they are acts of war and military occupation. Resources utilized for these imperialist operations would be better served to put people in the U.S. back to work with jobs that pay a living wage.