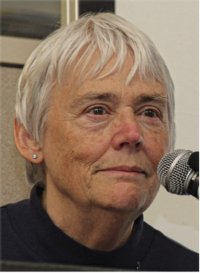 From a WWP Conference talk by Secretariat member Deirdre Griswold.

Fifty years after the assassination of President Kennedy, the same intense propaganda campaign has been mounted in the same capitalist media. They are still trying to convince the world that a lone gunman named Lee Harvey Oswald — a disgruntled low-wage worker and supposed leftist who supported Cuba — carried out the assassination by himself with an antiquated, bolt-action rifle by firing on the presidential motorcade from a sixth-floor window, while at his job.

Kennedy’s killing was followed two days later by the fatal shooting of Oswald in a police station garage while surrounded by Dallas cops. This time the assassination was caught on film. The shooter was undeniably Jack Ruby, a nightclub owner with connections to the Mob and an intimate of the Dallas police. Why would someone like that do it? Out of patriotism, they said. So everything was neatly tied up with no need to put Oswald on trial. The accused, supposedly presumed innocent until proven guilty by a jury of his peers, was judged guilty by the entire bourgeois establishment and its media.

Well, people didn’t believe the story then, and they sure don’t believe it now.

Our party played an important role in exposing the social forces behind the assassination. What we did then should be studied as a model for how a revolutionary party needs to respond to a political shock like the Kennedy assassination, which sent most of the left movement in this country into panic and confusion.

The head of our party, Sam Marcy, wrote three major articles in our paper in the first month after the assassination. He called the assassination an attempt by the ultra-right to pull off a coup d’etat — one that failed to take power, but was covered up by the bourgeois establishment, who were afraid of both the fascist right-wing and of the people’s reaction if the truth were to get out.

It’s important to understand what was happening in that period. The stability of U.S. imperialism was being shaken at home and abroad. The Civil Rights Movement was fighting to break up the apartheid system of segregation in the U.S. South. In Asia, Africa and Latin America, socialist revolutions and anti-colonial struggles were ousting the imperialists and their stooges.

The Bay of Pigs invasion by Cuban mercenaries trained and armed by the CIA had ended in a total fiasco in 1961. That was followed by the missile crisis, when a wing of the U.S. military were ready to risk nuclear war with the USSR.

Just one month before Kennedy was assassinated, the CIA had engineered the assassination of the Diem brothers in Vietnam. They were so hated by the people that Washington feared their regime might fall, and with it the neocolonial ambitions of the U.S. to dominate the region.

We of course had been exposing the Kennedy administration for carrying out these interventions. And we also attacked it for allowing racist terror to rage in the South with the complicity of the authorities there. The Birmingham church bombing that killed four little girls had just happened in September. There wasn’t an issue of our paper that didn’t take on the imperialist government headed by Kennedy.

But we also knew that the far-right blamed Kennedy for all the setbacks to im­peri­alism and to white supremacy. They wanted to replace him with a “man on ­horse­back,” a fascist dictatorship that would move to crush all opposition at any cost.

The first act of our youth in 1962, before we even had a name for our group, was to call a demonstration against George Lincoln Rockwell, head of the American Nazi Party, who was touring the country and was scheduled to speak in New York. For a first action, it was pretty damn successful. Some 1,000 people showed up, most of them high school students, along with survivors of Hitler’s concentration camps wearing their camp uniforms. Rockwell, who boasted about how tough he was, didn’t show up.

When Kennedy was shot, we knew who had the motive and the means to do it. The anti-Kennedy right-wing was being bankrolled by figures like Texas oilman H.L. Hunt. Kennedy’s U.N. ambassador, Adlai Stevenson, had been attacked and spat on by a right-wing crowd in Dallas just days before the assassination.

Toward an independent investigation

So when a progressive New York lawyer, Mark Lane, wrote an article for the newspaper National Guardian outlining the main inconsistencies in the government’s story about the Kennedy assassination, we contacted Lane and said we were willing to work with him on bringing out the truth. That’s how the Citizens Committee of Inquiry, of which he was director and I was the executive secretary, got started. The committee sent people to Texas to interview witnesses, and it widely publicized its findings.

Six nights a week for a year, Lane gave a lecture at an Off-Broadway theater here, and it was packed every night. People came from all over the country to hear him. And when he wrote the book “Rush to Judgment,” based on our committee’s investigation, it was on the New York Times bestseller list for six months.

The committee attracted a lot of people who wanted to fight the right as well as the Johnson administration. Of course, some of them saw Kennedy through rose-colored glasses, but most were pretty hip.

The assassination had been intended to crush the progressive movement. But because of the campaign that was waged very effectively to expose the right-wing, it had the opposite effect. As the Vietnam War was escalated under Johnson, many of those who resisted the war told us they first became political because of the Kennedy assassination.

Role of the Kennedy Democrats

There were many lessons to be learned from the assassination. A very important one was that the Democratic Party would not really go after the right, even when their own president was assassinated. Johnson got the liberal head of the Supreme Court, Earl Warren, to preside over the commission that covered up the right-wing conspiracy.

Later, the leaders of the Democratic Party again showed their true stripes when the right-wing launched a virulent campaign against busing in Boston, the stronghold of the Kennedy political machine. In 1973, when weekly rallies were being held by racist whites who wanted to keep the schools segregated, and the Nazis and Klan were sending organizers to Boston to whip it up, what did the Kennedys do?

Ted Kennedy, in the middle of this racist mobilization in his own home town, went to Decatur, Ala., on July 4, 1973, to present Gov. George Wallace with a “Spirit of America” award. Kennedy had aspirations to run for president in 1976 and wanted Wallace to get him the support of the so-called Dixiecrat machine.

George Wallace! — infamous for saying during his inauguration that he was for “segregation now, segregation tomorrow, segregation forever.” Wallace, who just one month before the Kennedy assassination stood in a schoolhouse door in Huntsville, Ala., to keep four Black students from enrolling.

Ted Kennedy did nothing to stop the right-wing mobilization against busing in Boston. But our comrades did, and in 1974 we organized a fantastic demonstration of 25,000 people to say no to racism! That’s how you fight the right.

And they went on to organize the drivers of those school buses into a powerful union. And because of that the Boston bus drivers are here today, ready to fight this right-wing corporation, Veolia.

Capitalism today is even more unstable than it was in 1963. An era of struggle by the workers and all the oppressed is opening up, this time inside the imperialist countries themselves, goaded by the attacks of the huge corporations and banks.

Billionaires like the Koch brothers have bankrolled the far-right Tea Party types and tried to shred what remains of bourgeois democracy, axing voting rights and redistricting. Nevertheless, many voters are turning the other way, as we have seen in some recent elections, notably in this city. And it’s not just at the polls — most importantly, it’s in the streets, as we have been discussing in this conference.

We must be alert to the possibility of another political shock coming from the far-right. The capitalist government is increasingly in disarray. Washington was temporarily paralyzed by the budget struggle, leading Wall Street to read the riot act to its own proteges.

This makes the far right increasingly desperate and prone to adventurism. But we have no reason to run and panic.

Yes, we are in the belly of the beast. The soft underbelly. The place where these overlords of the universe are the most vulnerable. Because, with all their military, and all their spying, and all their money, if they lose control over the workers and oppressed of this country, then they are nothing.