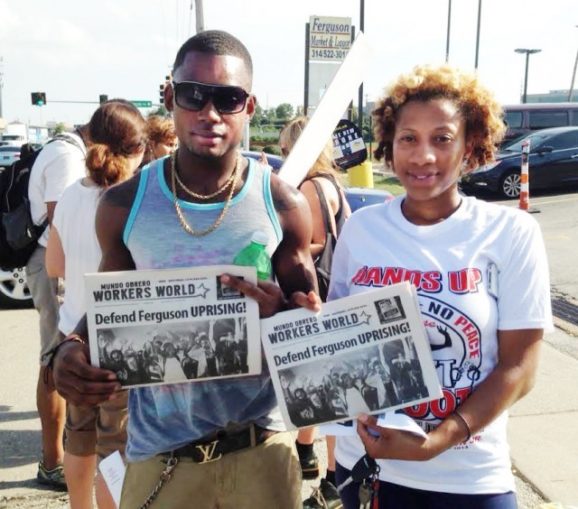 Fighting racism in February 2019, Black History Month, means starting at the top of the political ladder and denouncing the openly racist, white supremacist in the White House. It means opposing and exposing his administration’s racist policies, like shutting down the government for 35 days, which put 800,000 government workers, many of whom are African American, in dire financial straits because he demanded $5.7 billion to build a racist wall on the Mexican border.

Workers World makes a big deal of Black History Month because racism pervades every aspect of life in this country. Everything from fighting for living-wage jobs to ending mass incarceration to having affordable housing and fully funded public schools is rooted in the centuries-long struggle to end this vicious history of racism, rooted in slavery.

That’s why every month, not just Black History Month, the newspaper chronicles the struggles of African Americans to eradicate institutionalized, systemic racism. Case in point is our continuing coverage of the struggle to free Mumia Abu-Jamal. The latest chapter involves calling out the Philadelphia courts for hiding evidence about Abu-Jamal’s case that could lead to a new trial and eventually his freedom.

WW bases our weekly coverage of the Black struggle in the U.S., and in the African diaspora to throw off imperialist chains, on the principle of self-determination — that oppressed people have the right to fight to end all forms of inequality and injustice by any means necessary.

If you appreciate our coverage, it’s time to join the Workers World Supporter Program established 42 years ago so readers could help us publish anti-racist, working-class truth and build campaigns needed to make revolutionary change leading to socialism.

For a donation of at least $75 a year — and more if you’re able — members receive a year’s subscription to WW, a monthly letter about timely issues and five free subscriptions to give to friends. Write checks (either monthly or once a year) to Workers World and mail them, with your name and address, to 147 W. 24th St., 2nd Floor, New York, NY 10011. Or sign up to donate online. Know that we’re grateful for your help in building Workers World!