Incarcerated workers held captive in Pennsylvania prisons called a labor strike in the name of Subaltern Peoples Abolitionist Revolutionary Collective (SPARC). The demonstration “to protest against the State’s oppressive policies” was called last year and set to begin this Jan. 6. (tinyurl.com/52m3n4t5) As of this writing, the outcome of that event is unknown, as the repressive carceral system makes it extremely difficult for persons incarcerated to communicate with those on the outside. 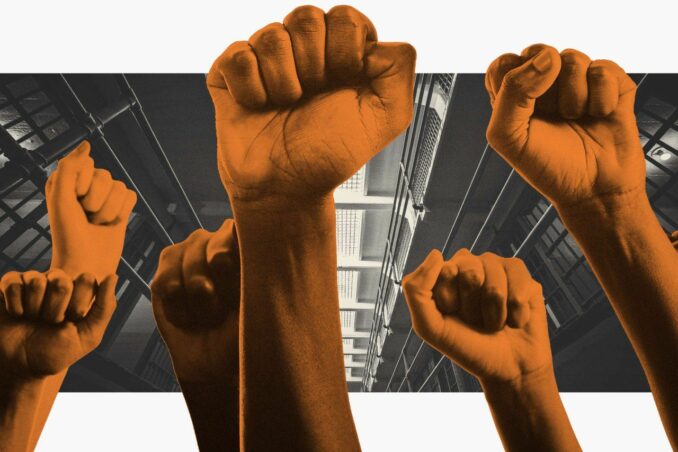 Has the strike happened? Is it still going on? Was it suppressed and organizers retaliated against, or is the movement growing?

“Acknowledging a prison strike and its scope goes against the prevailing wisdom in prison administration,” Jared Ware explained in Prism Nov. 11. “In 2018, leading up to the national prison strike, prison associations advocated the use of disinformation campaigns, when dealing with prisoner resistance, to manage the disruption and discourage further participation.” (tinyurl.com/ycxbdcxp)

We will learn more as news trickles out to family members and close allies of those involved. However, whether the strike action occurred is not the sole determinant of victory.

In the courageous spirit of the Attica Rebellion, these incarcerated activists in the Pennsylvania Department of Corrections (PA DOC) were undeterred by the risk they were taking in calling for a strike. First, they checked in with their peers and surveyed their complaints. They listened and learned, a fundamental organizing tactic.

In a statement issued in November 2022, SPARC categorized the PA DOC as the “enemy of public safety and human rights.”

In reviewing the demands, one can only imagine the cruel, deplorable conditions that these members of the working class face every day. They are denied basic human needs: adequate food, physical activity, hygiene, housing and loving family ties. On top of that, they are constantly threatened by an oppressive punitive system.

The incarcerated activists of SPARC stressed their solidarity with the Alabama incarcerated strikers. This is a reference to the strike of thousands of incarcerated workers in 31 prisons in Alabama. That strike began in September 2022 and disrupted normal facility operations, when incarcerated workers in food service, laundry and other areas participated in a work stoppage. Some of the Alabama demands are the same as those made in Pennsylvania, including eliminating life without parole and streamlining processes for elder release and medical furloughs.

With a touch of irony, SPARC members expressed their affinity with Alabama by stating that Pennsylvania is Philadelphia and Pittsburgh, with Alabama in between. The ultraright tendencies in the middle of Pennsylvania are well documented. It is also where state prison facilities are located, employing residents drawn from some of the most racist, white-supremacist populations.

These powerful words from the SPARC activists convincingly highlight that the carceral state is irretrievably flawed and should be abolished: “We at SPARC have been organizing in PA prisons for years. We’ve been building our movement with focus on addressing the struggles going on right now. It’s clear from the failure to return to pre-COVID normal procedure that the administration intends to keep us under elevated restrictions indefinitely. Not only that, but there are many problems with the Pennsylvania injustice system that are not being remedied by politicians and lawyers.

“We intend to do our part. Prisons are modern-day slave plantations, which only make profits for our exploiters if we do work. The more of us who refuse to labor for the slave master, the less the system can function. We have the power to shut it down and change conditions for the better.”

Solidarity with our fellow workers behind the walls! Their courage should inspire us. Their bold action constitutes victory. Free them all!