For months western media has been attacking China’s COVID policies, condemning them for causing enormous inconvenience and discomfort to avoid massive deaths from the pandemic. So, it comes as no surprise that when protests actually occur within China against the protective restrictions, these same media pundits elevate them to the degree of the alleged 1989 Tiananmen Square massacre.

Anti-government protests that occurred in China in late November added ammunition to the argument that China should adopt the capitalist viewpoint that the world’s priority should be to get back to business as usual, to keep making profits regardless of the virus’s toll on the global working class.

There was little analysis of the class forces behind these protests, similar to the media’s treatment of widespread “anti-masking” and “anti-vaxing” right-wing demonstrations in the U.S. and Europe in 2021. In early February 2022, corporate media gave extensive coverage to the controversial, overtly racist, right-wing “Freedom Convoy” of truckers  protesting vaccine mandates in Canada for three weeks, while barely covering persistent counterdemonstrations.

The global capitalist class has long pressured China to loosen their COVID restrictions and “open up” its economy for production. A prolonged disruption of China’s manufacturing industry impacts the global economy, as China exports up to one-third of the world’s intermediate goods.

The capitalists want people back at work. They depend on workers showing up at factories in China to provide goods for Western markets. But at what cost?

In the U.S., population 331.45 million, there have been 99,402,420 confirmed COVID-19 cases as of Dec. 11, 2022, and 1,092,410 confirmed deaths since early 2020. The U.S., which has loosened its COVID-19 protective policies, is now being hit by a “tripledemic” of COVID-19, the flu and Respiratory Syncytial Virus or RSV, which impacts young children and the elderly in particular. Some health officials are now calling for a return to mask mandates.

To date, mainland China, population 1.4 billion, has had 5,235 deaths among 1,851,983 confirmed cases, according to the World Health Organization. Deaths have been higher in Hong Kong, which has not adhered to mainland China’s “zero-COVID” policies. Given the difference in population size, if China had as disorganized an approach to the pandemic as has the U.S., some 4.5 million more Chinese people might have died.

Even prior to the protests, China had introduced 20 measures to relax COVID controls to a limited extent, but a spike in cases due to the Omicron variant has officials reluctant to change course entirely. The latest national guidelines eliminate mass testing and shutdowns of entire cities. Restrictions would only apply to high-risk communities, buildings and households. People no longer need evidence of a negative test to travel. The guidelines prioritize boosting rates of vaccination, especially for older people.

Whatever additional measures China takes — or doesn’t take — it has proved capable, time and again, of dealing with the crisis, including the building of massive new hospitals to treat patient overflows when that was necessary in 2020.

Time after time, socialist China’s health care system has proven itself vastly superior to the for-profit health care that exists in the U.S. 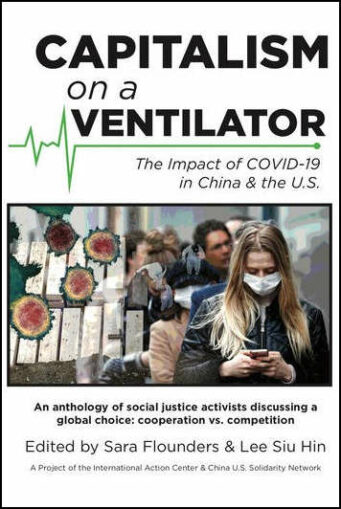