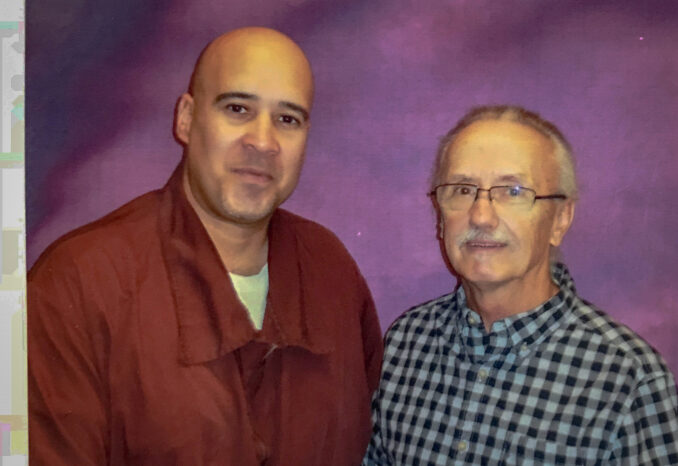 If you have the misfortune of being convicted of a crime, innocent or not, what’s it like behind bars if you have an illness, disease or injury?

Bryant Arroyo, incarcerated at State Correctional Institute at Coal Township, Pennsylvania, gave recent examples of how people there are treated by Wellpath (formerly CCS), the health care provider for Pennsylvania prisons. All doctors and physician assistants working in that system are Wellpath employees.

Arroyo said, “Wellpath health care has set up a scam corporation to make them appear as though they are headed by doctors. They hire retired wardens as medical consultants to cut costs, while providing prisoners with inadequate medical care. They also promote nurses like Lynette Rich, who is the medical director at SCI Coal Township charged with overseeing doctors. She continuously overruled them and rejected medications and treatment prescribed by doctors.”

Arroyo said, “Phillip Quinn (ES6149) received a pacemaker in 2010. He was sent to the emergency ward on Oct. 6 due to his pulse rate being 31, which can lead to heart failure and death.” Normal heart beat is 71-79 beats per minute. “Quinn is disoriented at times and has to sit down because he doesn’t feel right. He’s already had quadruple bypass surgery. His pacemaker beeps, a sign it needs to be replaced, but his doctor said they won’t get a new battery for him until 2023.”

Arroyo described Ryan Devine (MG6828), suffering from high blood pressure and COVID-19 symptoms, who was falsely accused by Wellpath prison infirmary staff June 11 of illicit drug use. After explaining that in the weeks prior, he had visited sick call numerous times, giving lab/blood work, urine samples, etc. and found free of drugs, he was finally transported to Geisinger Hospital, where they confirmed he had a cyst in his nasal cavity and referred him to a nose, ear and throat specialist.

Since then, Devine has filed grievances charging that “the medical department/staff were deliberately indifferent to his serious medical needs, and [he] was wrongfully accused of illicit drug usage [in] their records without any reliable or credible proof.” Devine’s grievance seeking the firing of all staff related to the incident, and $200,000 in compensatory and punitive damages, was denied on Oct. 13.

On Nov. 4, Matthew Early (NP7177) went into a diabetic coma due to glucose levels of 20 and fell off the top bunk while he was sleeping, landing face first on the concrete floor.

Arroyo reports what he witnessed: “The nurse brought the wooden gurney to bring him downstairs, but he didn’t know how to strap the injured person in so he wouldn’t fall off. The lieutenant made the decision that four officers grab Early’s legs and arms and carry him out that way. Even with a neck brace, it was a dangerous way to transport someone with a possible spinal injury. That’s how they took him out.”

Early was not only diagnosed with a mild concussion, headache and sharp neck pains, but also received an injury in his upper left eye receiving one stitch. The medical treatment was two Tylenols. He stated recently that he continues to suffer from “constant debilitating pain in my neck area.”

These are just a few examples of the ineptness, unprofessionalism and lack of human compassion in how Wellpath and prison staff treat incarcerated people. Arroyo said, “They have the cheapest bare-bones system for treating prisoners suffering from life-threatening physical illnesses. Wellpath willfully places budgetary concerns over prisoners’ health care.”

In 1976, the U.S. Supreme Court set the standard for the medical rights of prisoners in Estelle v. Gamble, ruling incarcerated people should be granted health care equal to what is available to those living in the immediate community beyond prison walls.

Numerous reports make it clear Wellpath’s profits-first policies lead to poor care and preventable deaths of incarcerated people. But Wellpath — which should not be the health care provider at any prison — is still the largest private provider of health care in U.S. jails.

In March 2022, Prison Legal News (PLN) published an extensive article on Wellpath’s contracts in prisons, covering the October 2019 federal indictment to which Wellpath’s Chairman of the Board Jerry Boyle later pleaded guilty. The article discloses that Boyle “provided Sheriff McCabe [of Norfolk, Virginia] with cash, travel, a loan, entertainment, gift cards, personal gifts, sports tickets and campaign contributions, over a period from 2004 through 2016. In return McCabe provided CCS/Wellpath help with contract extensions and renewals, including inside bidding information, for the provision of health care at the Norfolk City Jail.” (tinyurl.com/2a6bnt97)

Arroyo asserts that Wellpath’s culture of corruption continues despite Boyle’s resignation. As just one example, he points out the Wellpath’s hiring of Dr. John Hochberg at SCI Coal Township. The New Jersey Board of Medical Examiners imposed a five-year license suspension and $60,000 in civil penalties on Hochberg in 2009, because his “gross negligence” contributed to the death of an inmate under his care while he was medical director at Northern State Prison in Newark. He was charged with repeated acts of gross negligence, malpractice and/or professional misconduct in the care of four other patients he had treated for chronic pain. (tinyurl.com/zykc52am)

Arroyo pointed out that, while Wellpath and the Pennsylvania’s Department of Corrections gave Hochberg a second chance to resume his career, those same hypocritical officials don’t believe in giving incarcerated people a second chance.

PLN also revealed a number of cases of people who died from inadequate care, citing the danger of staff attitudes that Ryan Devine had to contend with. “There is a baked-in cynicism about what inmates say and what they complain about,” said Andrew Harris, a professor of criminology and justice studies at the University of Massachusetts, Lowell.

That lack of trust plus a culture of profits first is a dangerous combination. According to Corene Kendrick, a staff attorney with the Prison Law Office in California, there is “incentive to scrimp on care, because for every lab test not run or a specialist visit not done, that’s just additional profit that the company can pocket.”

A 2019 CNN investigation by Blake Ellis and Melanie Hicken examined complaints at nearly 120 locations in 32 states and found that CCS/Wellpath  “provided substandard care due to its focus on containing costs, leading to numerous deaths and other serious outcomes that could have been avoided with more staffing, better training and more experienced employees. . . . [CCS/Wellpath] employees have denied urgent emergency room transfers. . . . They have failed to spot or treat serious psychiatric disorders and have allowed common infections and conditions to become fatal.” (tinyurl.com/mrkj8kss)

Read in full the investigatory articles from Prison Legal News, CNN and Private Equity Stakeholder Project. Then you’ll understand the depth of Wellpath’s routine refusal to provide adequate health care for our incarcerated loved ones and why their policies should be made a crime.