As the majority of the world knows by now, Brittney Griner, a star player with the Women’s National Basketball Association’s Phoenix Mercury, was released from a Russian prison Dec. 8 in a prisoner exchange swap for Viktor Bout, a Russian prisoner held in the U.S. 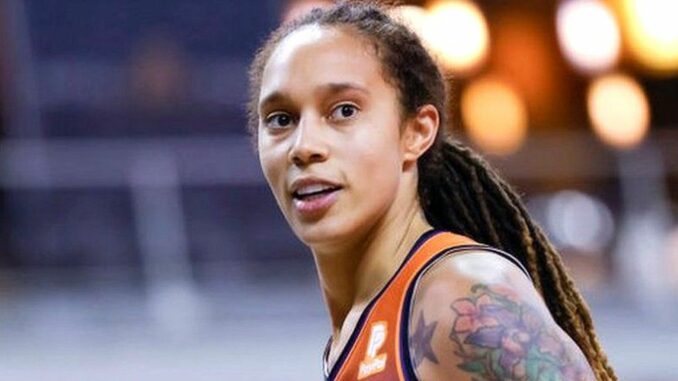 She was first arrested at a Moscow airport on Feb. 17 and then charged with drug possession, after vape pen cartridges of hashish oil were discovered in her luggage. She pled guilty and in August was sentenced to nine years in prison.

The reason for her being in Russia in the first place was to fulfill her contract to play for the Russian women’s team, UMMC Ekaterinburg, for $1 million, a salary four times more than her salary with the Mercury.

Despite being a WNBA champion and multiple all-star, Griner was still compelled to earn more money outside the U.S. during the off-season. This put her in a very vulnerable position of being subjected to repressive laws in other countries.

The discrepancy in salaries for WNBA players and the men’s NBA players is incredibly stark. The average NBA salary is over $9.6 million, with the minimum salary being over $1 million especially for undrafted players.

Compare that to the average WNBA salary of over $102,000 and a base salary of over $72,000. Blatant sexism is on full display when it comes to the lower salaries. Then there is the lack of many perks for WNBA players that NBA players enjoy, like private jets for game travel.

The WNBA players are 80% Black women, with a large number being queer. And Brittney Griner is an important face of the WNBA being both Black and queer.

A July 11 Workers World editorial on Griner pointed out: “It is important to put into political context that Russia is not the same as the former Soviet Union with progressive laws on the books. Since the collapse of the Soviet Union 30 years ago, Russia has developed a capitalist economy riddled with social divisions and inequalities. President Putin is not a proponent of LGBTQ+ rights.” (workers.org/2022/07/65377/)

The truth on U.S. incarceration

When Griner was released, of course there was tremendous relief and joy on the part of her wife, Cherelle Griner, her fellow WNBA players and millions of others. There was, however, also criticism of the U.S. Justice Department, questioning why Griner was swapped with Viktor Gout, a Russian “arms dealer,” instead of Paul Whelan, a convicted U.S. spy held in Russia for four years.

Many bourgeois commentators, including sports analysts, pushed the argument that Griner faced brutality and trauma once she was transferred to a so-called Russian “penal colony.”

Isn’t it ironic that there is so much intense propaganda against Russian incarceration — an extension of the U.S.-NATO proxy war in Ukraine — but virtual silence when it comes to the conditions of incarceration in the U.S.?

The U.S. is a modern-day prison house of nations, with a disproportionate number of Black, Brown and Indigenous people locked up, many until they die there. Private prisons, including migrant detention centers, have been a source of tremendous profits for Wall Street investors since the 1980s.

Brutality women face behind the walls

According to a July 20, 2020, report, “The new Jane Crow: Women’s mass incarceration” by Michelle Goodwin, the U.S. incarcerates more women in the world than those imprisoned in Russia, Thailand, China and India combined. An estimated one-third of the world’s female incarcerated population is in the U.S., with Black women representing 22% while being only 6% of the U.S. population.

The Bureau of Justice Statistics reported in 2014 that, on a state level, 25% of incarcerated women were serving time for drug offenses, compared to 15% of incarcerated men, with African American women being statistically overrepresented.

Black gender-nonconforming women face special oppression behind the walls, especially if they are misgendered. Nearly one in six transgender people in the U.S. — and one in two Black transgender people — have been to prison, according to lambdalegal.com. The Sylvia Rivera Law Project states, “Over-policing and profiling of low-income people and of trans and gender-nonconforming people intersect, producing a far higher risk than average of imprisonment, police harassment and violence for low-income trans people.”

Women prisoners face poor health care in relationship to various cancers, COVID-19, shackling during birth, sexual assault and rape at the hands of male guards and even death. Both 28-year-old Sandra Bland, a Black woman, and 30-year-old Andrea Circle Bear, an Indigenous woman, died behind the walls in 2015 and 2020 respectively.

Griner was viewed as a political prisoner by bourgeois pundits. But what about U.S. political prisoners like Mumia Abu-Jamal, Leonard Peltier, Ana Belén Montes, Dr. Aafia Siddiqui — not to mention hundreds of Palestinians languishing in U.S.-backed Zionist dungeons?

The justified celebration of Brittney Griner’s return should not be used as an excuse to promote chauvinist and anti-communist propaganda against Russia, China or any other country that is in the crosshairs of U.S. aggression, especially if incarceration is a major focus.