The following Dec. 9 statement was issued by Workers Assembly Against Racism, based in New York City, as solidarity actions were called for this day across the U.S. 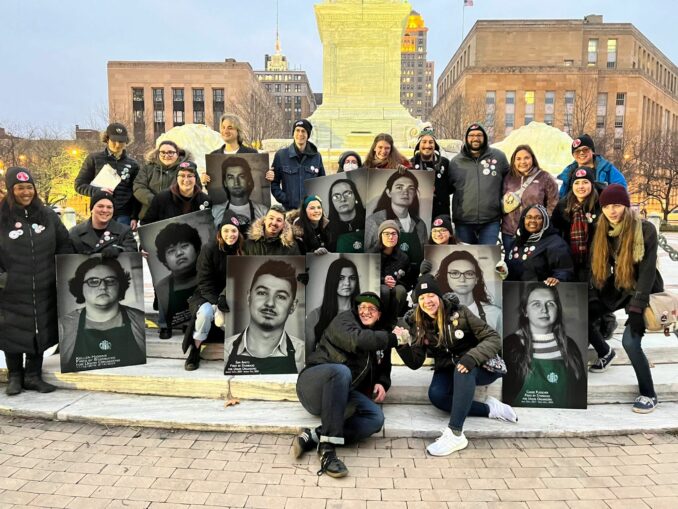 The organizing contagion has inspired union drives in other chain stores and restaurants, like Target and Chipotle. At the same time, Amazon workers from New York City to California, Alabama, Georgia, North Carolina and many other places have started union organizing against one of the biggest transnational corporations in the world.

This worker organizing wave holds the potential of not only reviving the labor movement but also transforming that movement from its present state into a militant, rank and file-led workers’ movement that is hostile to the entire capitalist system. 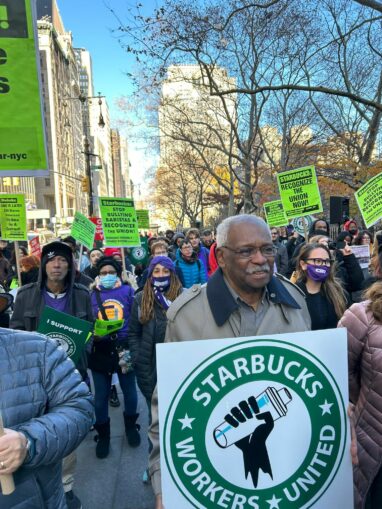 The superrich capitalists, who for decades have grown accustomed to waging what seemed like a one-sided war against the workers, are scared to death by what is happening.

With the full backing of Wall Street, the corporate boardrooms of Starbucks and Amazon have unleashed a no-holds-barred, multimillion-dollar union-busting campaign to crush this new rising workers’ movement. Pro-union workers have been fired; and efforts to force the bosses to the negotiating table, either on a worksite, regional or national basis, have been stymied by an army of union-busting lawyers.

Many in the labor movement have pointed out that the National Labor Relations Board is woefully underfunded and therefore unable to respond to all of the union-busting charges. This no doubt is true — but relying on a government agency like the NLRB, that pretends to be neutral but is more often favorable to union busters, is not the real solution.

As we enter a new year of struggle, it must be made clear to all that the only way to ensure that this young workers’ uprising is not crushed is for there to be a sea change in organized labor’s relationship to the uprising.

Lofty speeches and photo opportunities with leaders of this new workers’ movement are not enough. Labor leaders must be made to understand that if they don’t commit themselves to real support for this movement, the movement will not survive, and every union and every worker will be hurt by such an outcome.

What does real support look like? The next time Starbucks workers anywhere go on strike, not just hundreds but thousands of workers must be mobilized to join the picket line and not just for a few hours but every day. Labor leaders must stop relying on the Democratic Party and a president who just denied railroad workers the right to strike for paid sick leave.

When Amazon workers walk off the job, other union workers should show their solidarity by doing the same thing; 2023 has got to be the year that a real workers’ movement that can shut down cities and disrupt the status quo comes into being.

Let’s make doing whatever is necessary to accomplish this our most important New Year’s resolution.