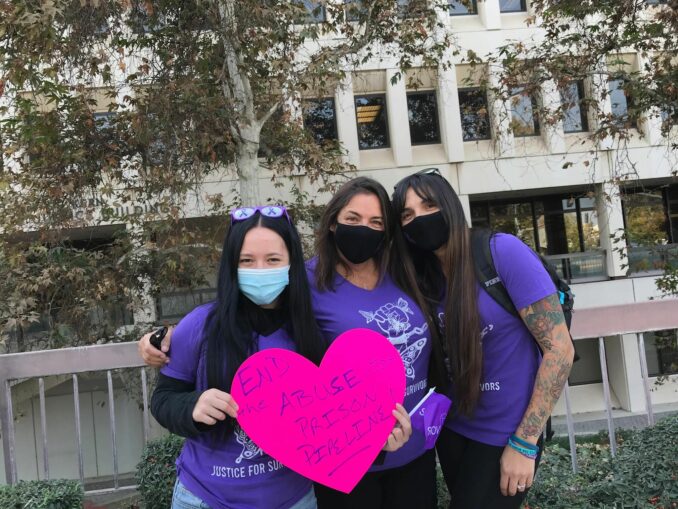 A statement released by the Wendy Howard Defense Committee said, “The good news is that Wendy got to go home with her family yesterday, without being immediately arrested and sent directly to prison for decades. For this, we are truly relieved.”

However, the statement noted Howard has not been acquitted of all charges. On Nov. 18, Howard will have to appear in court in front of the Kern County District Attorney, who will decide whether or not to hold another trial on the voluntary manslaughter charge. Howard’s court-imposed “gag order” will continue, and she will not be able to speak out publicly in her own defense.

During the trial, which lasted 10 days, family members and friends gave emotional testimony documenting the physical, sexual and emotional abuse experienced by Howard and her children over more than a decade. Howard took the stand to explain why she was forced to defend her life and the lives of her family against her abusive ex-partner in June 2019. Her acquittal on the serious murder charges is a vindication of Howard’s assertions all along that she acted in self-defense when she shot and killed her abuser.

Prisoners’ rights activists and domestic abuse survivors from all over California, including the Bay Area and Los Angeles, traveled to Bakersfield to attend the trial and show community support for Howard.

Howard — who is both a mother and a grandmother — and her family have suffered greatly during the prosecution of this case. According to her defense committee, just having to recount and relive the many instances of abuse have been devastating, especially to Howard’s two older daughters, Bayley and Miranda.

The Wendy Howard Defense Committee is demanding the DA drop the remaining deadlocked charge against Howard. After all, Howard was not convicted of any charges on Oct. 21. The jury inarguably recognized her fundamental right to self-defense.

Howard needs support to cover her legal expenses, including any costs incurred during a possible second trial. For more information about the campaign to support Howard and all other victims of domestic abuse, go to facebook.com/defendwendyhoward and gogetfunding.com/justiceforwendy/.