On Saturday, Aug. 20, immigrant rights activists brought their outrage to the gates of the Stewart Detention Center, operated by CoreCivic, which runs prisons and detention centers for profit. After months of inaction, the male nurse named in sexual assault charges by four women detainees is still on the job. 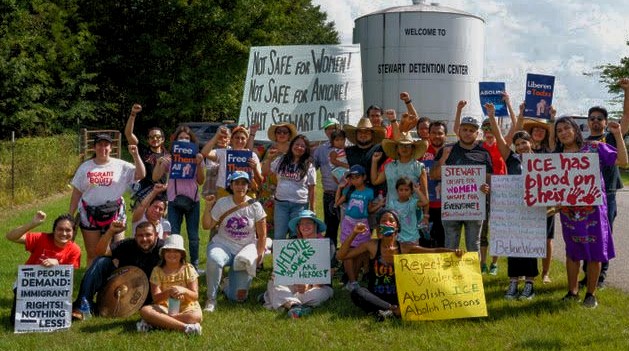 One of the survivors, a 22-year-old woman named Maria, described how the experience has impacted her emotionally and psychologically. CoreCivic personnel as well as ICE agents essentially accused her of lying and threatened her with a seven-year prison sentence. She defiantly told the supportive crowd, she “would not be quiet.”

The protest was organized by several groups including Georgia Detention Watch, Coalition to Shut Down ICE in Georgia, El Refugio and Sur Legal.