Parnell Herbert grew up with Albert Woodfox and later reconnected when Woodfox was in prison. Malik Rahim was a founder of the New Orleans Black Panther Party and met Woodfox at the Orleans Parish Jail. Gloria Rubac interviewed Herbert and Rahim Aug. 14 about Woodfox, a member of the Angola Three who passed away Aug. 4. Woodfox, Robert King and Herman Wallace organized a Black Panther Party chapter in Angola Prison. 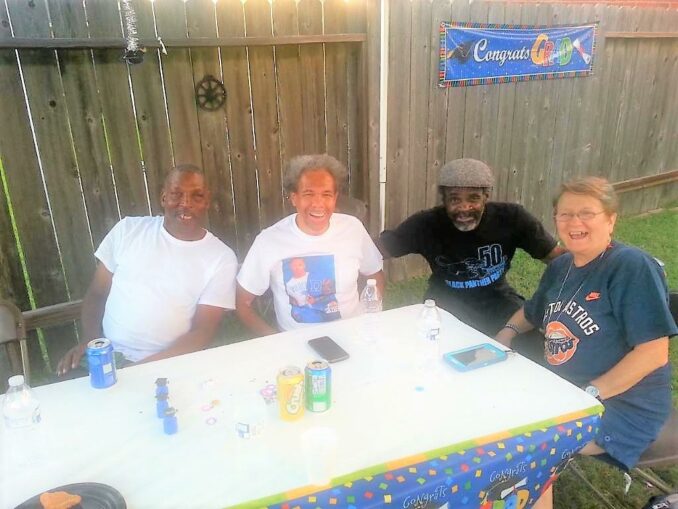 Albert and I grew up a few blocks from each other across from the Lafitte Projects. We hung out with others in the park nearby and got involved with a little mischief. I started seeing my friends killed and being sent to prison. When Albert was sent to prison for the first time, I decided to go into the military to avoid the drugs and the cops and prison.

When I got out of the military, I didn’t see Albert and figured he was dead. Then my daughter told me about Albert and the Angola Three. I met Robert King when he got out of Angola in 2001, after 29 years in solitary confinement, and we became friends. I was at King’s house one day when Albert called King from prison. I talked with him, and we got caught up.

I started visiting Albert. Six of us would go together and visit King, Herman [Wallace] and Albert. We actually had contact visits. We’d buy a bunch of food and sit together and have our own little party. The Three got to eat some decent food and visit with each other. There were six of us and the Angola Three. After a while Angola stopped our contact visits, but we still went to visit. We were all behind glass, but at least the guys got out of their cramped solitary cells.

After [Hurricane] Katrina I was in Houston for several years; and when Panther activists were planning to have an event commemorating the assassination of Carl Hampton, the Panther leader in Houston, I got involved. It was during that time that I wrote a play about the Angola Three, and it was performed as part of the weekend of events for Carl.

I finally got to meet Albert out here in New Orleans, when he was freed in 2016. He was released on his birthday, Feb. 19, and we were having an event that night that was to include a celebration of his birthday. We found out he was being released that day, so I was on the panel for the event. Albert’s brother picked him up from Angola and drove straight to New Orleans to the Ashe Center where we were. No one in the audience knew Albert had just been released. So when I told the crowd to welcome Albert Woodfox on his birthday, there was such surprise when Albert walked in.

Albert told me later he wasn’t sure if people would welcome him, since the last time they had seen him, he was a petty criminal. But the crowd was so jubilant, so welcoming, so thrilled to have him home! Everyone had been fighting for the freedom of Albert, and here he was.

I will remember Albert and his humanity, how he had changed in prison, evolving every day. Being a Panther changed him. He spent decades fighting the prison abuse, the prison rapes; he fought for everybody at Angola. My childhood friend became a hero, loved by people all over the world.

Right now, we’re working on a memorial for Albert on Oct. 8 here in NOLA. Panthers from around the country are coming. We will have some speakers and then open it up for everyone to give their tribute. 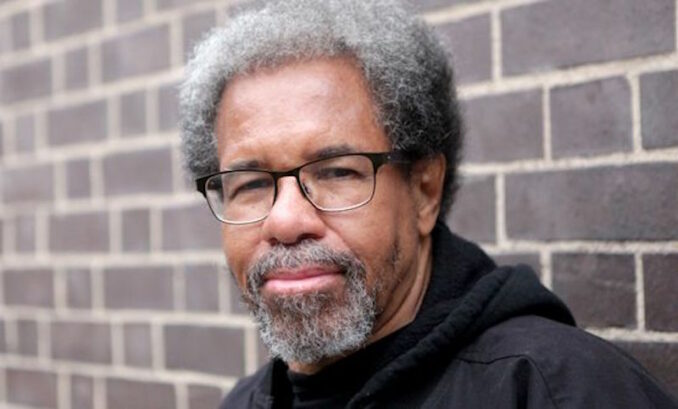 I was a Panther in 1970 in New Orleans and was one of the survivors of an attack on the Panthers at the Desire Housing Project. I met Albert when I was in the Orleans Parish jail. I learned that Albert had met the Panthers while in Harlem and became politicized by their analysis and actions. He was arrested and put in the Tombs and began organizing those locked up with him. The officers at the Tombs wanted to get rid of him and quickly sent him back to the Orleans Parish Prison, where he was put in the dungeon. I made a commitment in 1971 to help free them.

One of the first organizations to support Albert and Herman Wallace and others fighting at Angola was Workers World Party. I was in San Francisco and at an event celebrating the release of Geronimo [Pratt], I told people we had to build support for the Angola Three. Albert was getting ready to be retried and needed help. We didn’t have funds or an office or a copy machine, but WW gave us that.

Later I was invited to a Workers World Party conference and got to speak about Angola. We got over 500 postcards signed to the judge in the retrial, letting him know people would be monitoring Albert’s trial.

I went with WWP to Iraq about the sanctions challenge and spoke with Ramsey Clark, Lucius Walker, Bishop Gumbleton and so many about the Angola Three. Workers World made this possible, and on that trip we gathered international support. If it wasn’t for Workers World, the Angola Three [case] would not have gone global.

The very day Albert got out of prison, on his 69th birthday, his activism began out here. He had the courage to keep his fight going, particularly against solitary confinement. Those first 20 years at Angola were so hard, as there was no community support. But those were the years that showed the character and courage of Albert.

Albert and Herman and King were renowned jailhouse lawyers. They helped all the prisoners who needed it, including those on death row. They even helped Ponchai “Kamau” Wilkerson on the row in Texas. They knew about him and their group PURE, Panthers United for Revolutionary Education, by reading Workers World.

Through Workers World they read about Mumia and got other prisoners to sign petitions for Mumia.

The Angola Three were dedicated to struggle. As a man, Albert showed me how to overcome injustice. He lived a principled life. He was committed to not just prison justice, but he was a man for world justice. He made peoples’ history.

People will always remember the Angola Three as three Black men who stood up and never backed down. They always stood strong. We were comrades. I couldn’t understand a person who lived as Albert did, coming out of solitary confinement. I did 11 months in solitary, but Albert did 43 years.

I want WW to know that the stand they made for justice for the Angola Three was a big part of them finally winning their freedom.