Marvin and Mary Grier loved their 28-year-old daughter, Brianna, who delighted in dancing and having fun with her three-year-old twin daughters.

But on July 15, they were worried that she was not taking her medications for her schizophrenia diagnosis and was talking about harming herself or her children. They called 911 for help and expected an ambulance to come and take Brianna to the hospital, as had happened in the past. 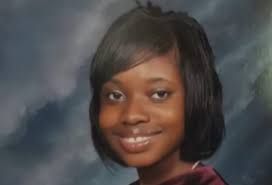 Instead two Hancock County deputy sheriffs showed up and arrested Grier, forcibly handcuffing her as she lay on the ground. The police video shows the two deputies roughly pulling Grier by the legs and arms toward the car, threatening her with a taser, as she cries repeatedly for them to “get off” her. After pushing her onto the back seat, they search for several minutes in the underbrush and then drive off.

Both passenger doors of the squad car were opened to enable the two men to leverage Grier into the back seat on the passenger side. Her seat belt was not fastened, and her hands were handcuffed in front of her.

Shortly after the squad car left the family residence, Grier fell out of the vehicle onto the pavement, sustaining what turned out to be life-ending head injuries.

The video shows the deputies suddenly stopped the car and then walked back to where Grier’s body lay face down on the pavement. They prod her multiple times and tell her to sit up. Finally, they turn her over and declare, “Alright, she’s breathing.”

They can be heard asking each other if they had shut the squad car door.

Grier’s parents were not told that she had been injured and taken to Grady Hospital in Atlanta, until the next day.

The Hancock County deputy sheriffs originally claimed that Brianna Grier threatened to commit suicide if she was taken to jail and that she had kicked the passenger side door open and fallen out. This is what Marvin and Mary Grier were told.

But an investigation by the Georgia Bureau of Investigation proved that the door had never been closed by the officers, despite their claims they had done so.

Briana Grier died July 21. A family autopsy shows that she died from blunt force trauma to her head.

Rev. Al Sharpton roused the crowd with his eulogy, declaring that they had gathered there to celebrate Grier’s life, but “we also come to condemn her passing. Her life matters; and that’s why we are here and will stay here.” (Atlanta Journal-Constitution, Aug. 12)

Attorney Ben Crump, representing the family, introduced Tamika Palmer, mother of Breonna Taylor, killed by Louisville, Kentucky, police executing a no-knock warrant. Palmer expressed her support for the Grier family, knowing all too well the difficulty of achieving justice for those killed by police.

Marvin and Mary Grier, surrounded by Brianna’s siblings, appealed to the attendees: “We are here to seek justice, accountability and transparency. We need answers.”

After the service, a march to the Georgia State Capitol made demands on state officials to take action in Brianna Grier’s case and to provide needed mental health resources.