On Friday, Aug. 5, Israeli occupation forces launched another bombing campaign in residential neighborhoods of the besieged Gaza Strip. By Sunday, 31 civilians had been killed, including six children, and more than 265 seriously wounded, according to the territory’s health ministry. 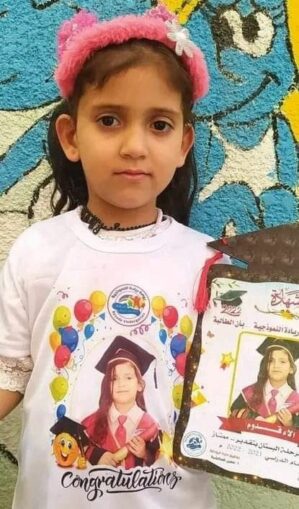 This latest Zionist attack on Gaza follows a series of home raids, arrests and assassinations targeting Palestinian resistance leaders throughout occupied Palestine and specifically the arrest of the leader of the Palestinian Islamic Jihad movement, Bassam al-Saadi, in Jenin refugee camp, in which Israeli snipers assassinated another child, 17-year-old Dirar al-Kafrini.

Amid upcoming Israeli elections and internal political chaos amongst Zionist forces, the assaults on Gaza gives current Prime Minister Yair Lapid and war minister Benny Gantz the opportunity to “campaign” for votes through violence against the Palestinian people. Israeli politicians regularly brag about their willingness to shed Palestinian blood as a way to win votes. Gantz, overseeing the current attack, previously ran for office by boasting that in 2014 he had bombed Gaza “back to the stone age.”

The Israeli occupation is once again using “Palestinian terrorism” and “self-defense” as a pretext for their war crimes; but in reality, it is an attack on the entire Palestinian people — in Gaza and throughout occupied Palestine, from the river to the sea — for their steadfastness and principled commitment to Palestinian liberation. The Palestinian people in Gaza are incarcerated in the “world’s largest open-air prison” and denied their right to return home for 75 years.

The Zionist entity bears full responsibility for the escalation in violence against Gaza, which it is carrying out in an attempt to undo the rebuilding efforts and political reunification that have taken place since the popular uprisings of May 2021.

While Zionism killed 5-year-old Alaa Abdullah Riyad Qaddoum, the warplane, jet fuel and airstrike that landed on her and five other children, were funded by billions in U.S. tax dollars, with the support of the EU and Canadian governments, as the U.N. kept its long-standing pattern of racist double standards.

Alaa is the 19th Palestinian child killed by Israeli occupation forces in 2022, according to documentation collected by Defense for Children International Palestine. (tinyurl.com/2s42p79x) By making the murder of Palestinian children possible, these western imperialist governments and international bodies are as complicit in the war crimes as the murderers themselves.

Gaza remains the heart of Palestinian resistance. Palestinians remain united in their effort to beat back yet another show of Zionist terror and stand unequivocally with their resistance as they attempt to repel the occupiers. No bombing campaign or siege from air, land or sea has ever, or will ever, succeed in dampening the spirit of Gazans or thwarting their collective determination to resist until all of Palestine is free.

Workers World urges all supporters of the Palestinian liberation struggle to take action to defend Gaza, the Palestinian people and their resistance against this Zionist onslaught. Mass rallies and solidarity actions in support of Gaza are taking place across the world in cities including New York, San Diego, Rotterdam, Maastricht, Vancouver and Montreal. Several governments including South Africa, Turkey, Malaysia, Pakistan, Iran and Jordan have condemned the apartheid Zionist regime’s ongoing and murderous siege.

Gaza will be defended, and Palestine will be liberated! Within our lifetimes, from the river to the sea!