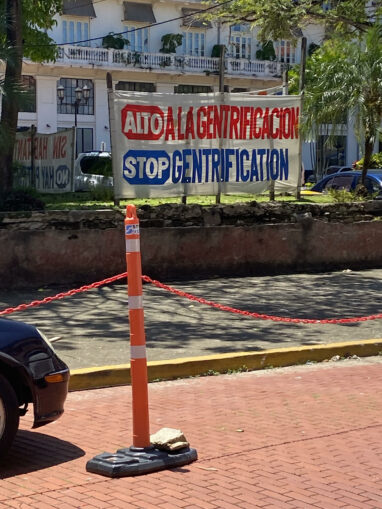 Note from Workers World: Following huge price rises in Panamá for necessities during the first part of the year, including a 50% increase in energy prices, a mass movement erupted in July. The masses blocked the main roads for three weeks. As a result, prices were rolled back 30% and frozen at that level. The following statement describes some of the reasons for the victory, which should be an inspiration to all popular struggles. Translation: John Catalinotto.

The great social explosion of the Panamanian people, who massively took to the streets to repudiate the indiscriminate increase in food and fuel prices that had occurred during the first half of July 2022, has obtained an indisputable victory.

The combined force of the educators’ strike, which included all the country’s schools, together with the combativeness of the Indigenous peoples, particularly of the Ngäbe-Buglé nation, as well as the determined participation of the organized and popular labor movement, have forced the neoliberal government of President Laurentino Cortizo of the PRD to negotiate with the entire undivided movement before the national television cameras.

The slogan, “Without struggles, there are no victories,” has once again been proven to be true. One of the main achievements of this struggle has been the 30% reduction of prices, freezing prices of a basic food basket of 72 products, which goes far beyond the popular “arroz con tuna” (rice with tuna). This is a varied and healthy food basket, which includes proteins and vegetables, and not only carbohydrates, as the Cortizo government intended.

The price reduction of gasoline in all its variants to 3.25 Panamanian Balboas per gallon is another important victory that must be claimed. Although the original demand of the movement was a reduction to B/3.00, what has been achieved so far is a significant savings compared to the B/3.95 that President Cortizo was aiming for. [The Balboa is set equal to the U.S. dollar]

This reduction was won even for fishing motors and agricultural machinery, with the mere presentation of the consumer’s identification card. The transporters and producers who had complained about the blockades [of roads by the mass movement] owe this achievement to the union and popular movement, as well as to the Indigenous Ngäbe-Buglé population.

At the time of writing this communiqué, agreements continue to be reached on drug prices and the budget for public education, which must meet a budget equivalent to 6% of the GDP.

All these concrete measures, which imply an important relief for the suffering popular classes, are the product of this struggle; they are no government handout.

But the popular victory goes beyond the material gains. The whole country has begun to understand that the problem is not only the government now in office and its corruption, but the problem is the country’s “economic model,” which is at the service of a handful of monopolies that control the distribution of fuel, food and medicine.

Both from the streets and at the televised negotiations table, the Panamanian people have begun to realize that the price hikes that burden them are imposed by foreign and national capitalists for whose interests the governments work.

The mobilization and the negotiations have helped advance popular consciousness, so that the people understand that even the conquests achieved are only temporary, they are partial — as long as the current neoliberal economic-capitalist model persists.

As long as the politicians and parties rule at the service of this corrupt system, which allows the enrichment of a few at the expense of the hunger of the people, the freezing of prices for gasoline and food, in reality becomes a “subsidy to the rich,” which we, the exploited classes, will pay for indirectly with taxes.

The fundamental solution is to limit the profit margins of these companies, whether they are importers and distributors of gasoline, food or medicines. The “middlemen” and supermarket chains are responsible for imposing prices that bankrupt agricultural producers, while selling at high prices to consumers.

The excessive imports, and not the blockades of the Indigenous organizations, are responsible for bankrupting the producers [farmers, fishers]. We must put an end to the Free Trade Agreements that only benefit traders. We must carry out a tax reform to make those who earn the most pay more, and we must put an end to tax exemptions and tax evasion.

Putting this discussion on the negotiating table has been a success for the negotiators representing the Indigenous men and women of the Ngäbe-Buglé Comarca, the two popular “alliances,” because of the educational impact it has on public opinion.

But, from the popular and union movement we must also understand that, while recognizing the conquests achieved in this struggle, the root of the question goes beyond the negotiating table. This is because the government, supported by the complaints of the owners, who now demand to be included, is not going to change the “model,” because it is not interested in solving the socioeconomic situation of the Panamanian people.

To the government as well as to the businessmen and businesswomen, who are now concerned about the “model” and who say they want to “negotiate” about it, we say that the occasion to do so is within the framework of the debate and the constitution of an ORIGINAL CONSTITUTORY ASSEMBLY, which should be convened as soon as possible, in the context of the popular clamor for a better country. 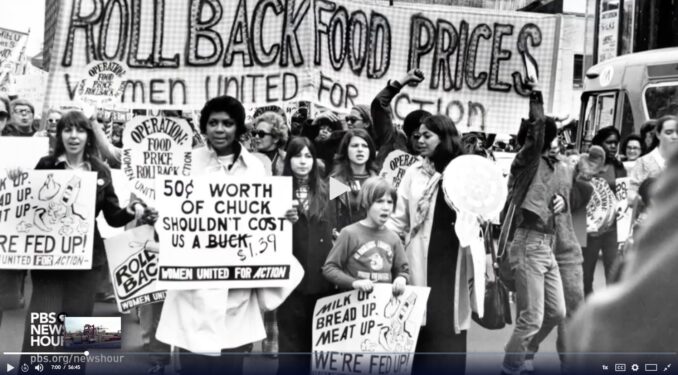 In the early 1970s, Women United for Action held demonstrations and other activities to fight for a food price rollback. Is it time to start up similar efforts?