July 3 — Today people in Philadelphia and dozens of other cities across the U.S. and around the globe marked the 40th anniversary of the unlawful and unjust imprisonment of Pennsylvania political prisoner Mumia Abu-Jamal, including 29 years on death row. Now imprisoned for life in the general population, Abu-Jamal is still fighting for exoneration. 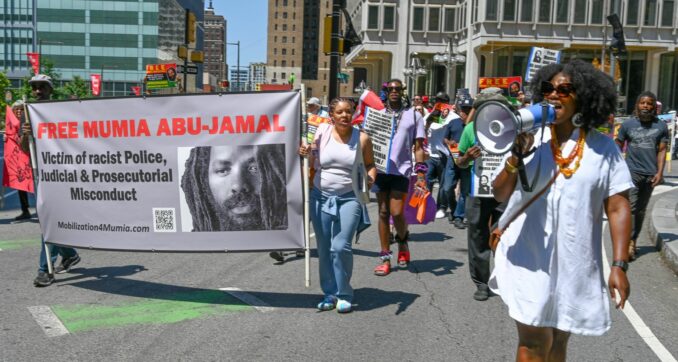 In Philadelphia activists gathered at the Municipal Services Building across from City Hall. Until June 2020, a hated statue of racist former Philadelphia Mayor and police chief Frank Rizzo stood on the plaza. Years of protests, including massive outpourings in May 2020 in response to the murder of George Floyd, forced the city to remove the 8-foot bronze statue.

Rizzo was prominent in the state’s targeting of Abu-Jamal who, as a journalist and radio commentator, would frequently call Rizzo out for his racism and brutality.

At the rally today, dozens of organizers spoke on the need to free Mumia and the importance of broadening the movement that was instrumental in bringing Abu-Jamal off death row in 2011. 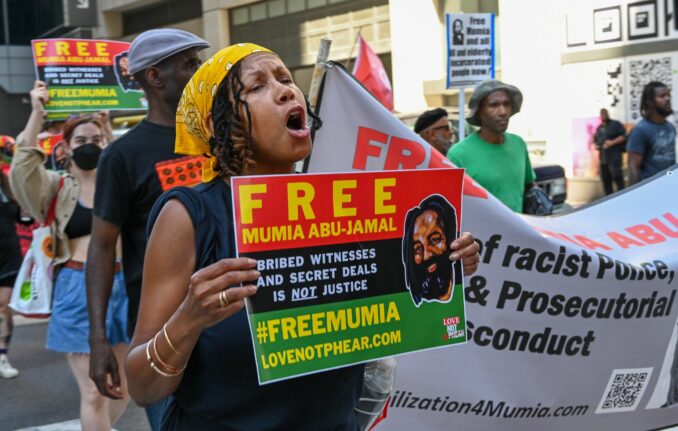 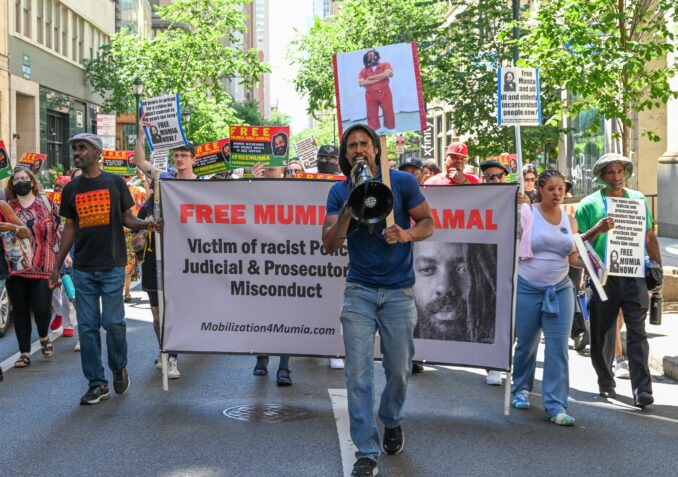 The rally was called by #LoveNotPhear, Mobilization4Mumia, the Prisoners Solidarity Committee of Workers World Party and the Campaign to Bring Mumia Home. A militant march through Center City followed the rally.

Globally events were organized in Tepic, Oaxaca and Mexico City, Mexico; London; Berlin, Munster and Frankfurt, Germany; and in Amsterdam and other cities.

As with the MOVE 9, Jalil Muntaquim, Herman Bell and so many other political prisoners, let’s bring Mumia home!