In celebration of of LGBTQ+ Pride, thousands of people brought a powerful fighting spirit to the Queer Liberation March for Trans and BIPOC Freedom, Reproductive Justice and Bodily Autonomy on June 26. 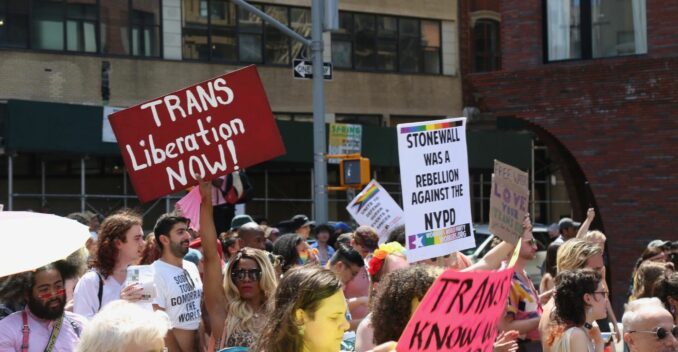 Held the same day as the NYC Pride Parade, the protest march seeks to reclaim the spirit and meaning of Pride to better represent the LBGTQ+ community. The march excludes corporations and cops and is political in its focus on fighting injustices against all oppressed people.

The march came two days after the Supreme Court overturned Roe v. Wade, and there were many signs denouncing the ruling. 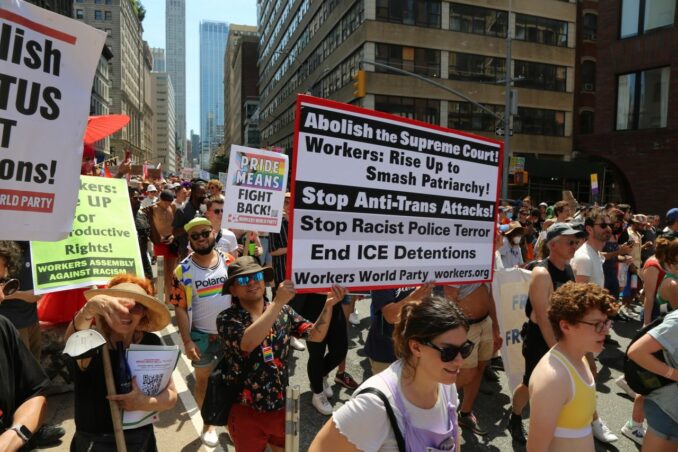 A contingent from Workers World Party carried a dynamic sign: “Abolish the Supreme Court! Workers: Rise Up to Smash Patriarchy! Stop Anti-Trans Attacks! Stop Racist Police Terror, End ICE Detention.” It stood out and attracted many people who took photos of it.

The crowd was multinational with many young people who were exuberant in celebrating Pride and in committing to the struggles that lie ahead.

— Report and photo by Brenda Ryan