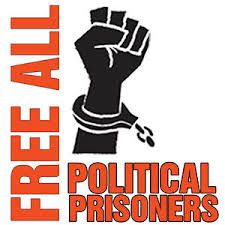 The common demand was for immediate release of these elders, who all suffer from chronic and life-threatening illnesses. The proposed campaign seeks to go beyond these three and address the large number of incarcerated older and infirm prisoners throughout the U.S. Prison conditions are bad for everyone, but medical neglect, deteriorating eyesight and hearing, mobility issues and cognitive loss create extreme dangers for these elderly people.

Former political prisoners were some of those who traveled from other states to advocate elevating the pressure on state and federal officials to facilitate “compassionate release” allowed under current law.

A rally was held in West End Park, aka Malcolm X Park, later that day. Speakers included family members of the Panther prisoners, Atlanta activists, poets and musicians and defense committee members, several of whom are former political prisoners themselves.

Throughout the program, the crowd responded with enthusiasm to the emcee’s question: “What’s the Call? Free them all!”