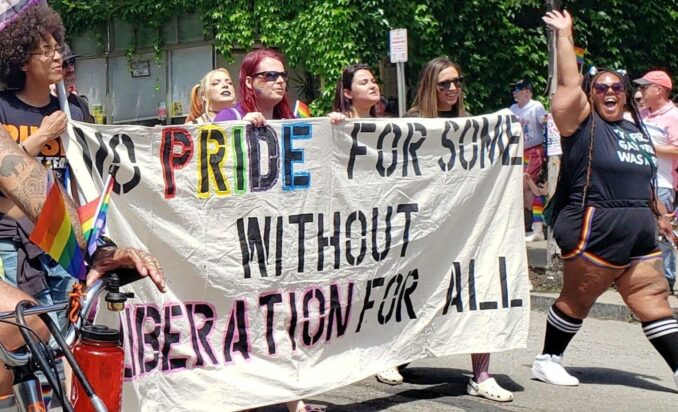 At the Buffalo corporate-sponsored Pride Parade June 5, members and friends of Workers World Party hit the streets to distribute literature on the radical history of Pride and the struggle of the LGBTQ+ community against police violence — especially against Black and Brown trans women — and to talk to our community about organizing to fight back!

Other organizations shared this message, and despite the corporate-run parade continuing, many across the city marched for racial justice and took a clear stance against white supremacy. We say it’s time to kick the cops and the banks out of pride! No more rainbow capitalism! Solidarity with everyone — person and organization — who came out to share that message! The first Pride was a #riot. 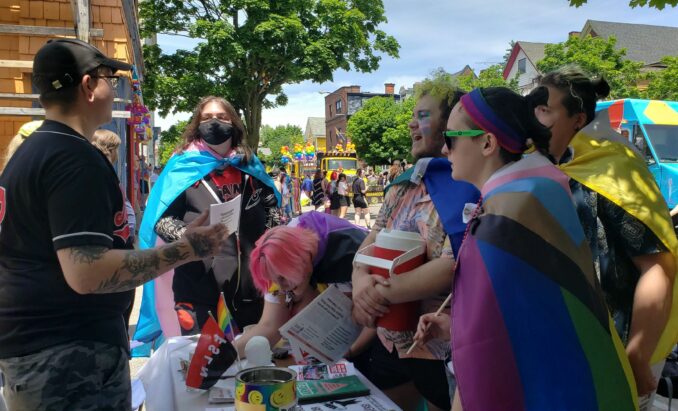