The people of Oakland are continuing to rise up against school closures imposed by the Oakland Unified School District. Teachers, parents, students and other community members took a bold step by starting an occupation of Parker School on May 25, its official closure date and the final day of the school year. They are demanding that children in their primarily Black and Brown communities have access to the same education as children in privileged communities. 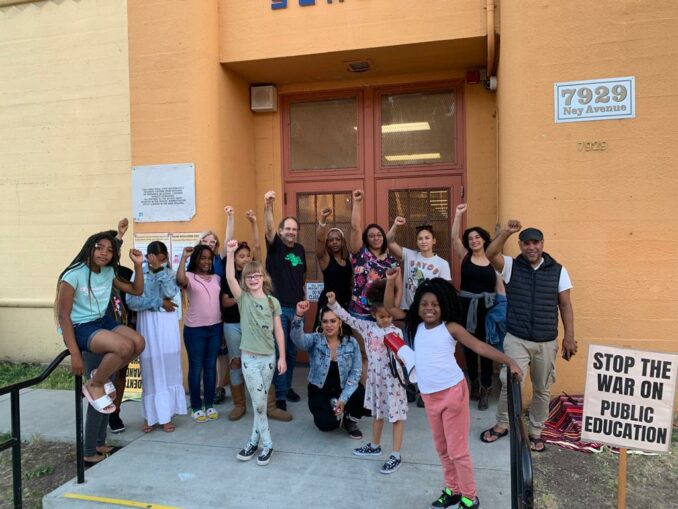 “We will not move until our voices are heard,” said Rochelle Jenkins, a Parker parent who is one of the organizers. “We are going to stay until they reverse their decision to close our schools.” She is adamant that “every child is owed [an education], and they [OUSD] don’t have a right to take it away.”

“To resist this decision and in an effort to take a stand, to keep our community ours, we have decided to take the school back for ourselves,” says Azlinah Tambu, another Parker parent. (tinyurl.com/bdfn5dju)

The teachers and parents have turned their occupation into a Community School. Students learned about gardening by planting tomatoes. They worked together to write their own stories. Some students learned about the importance and social functions of different metals and machines. Of course they get time to play; they can exercise their mind with some chess lessons and their bodies with classic games like double dutch.

The OUSD decided to close three schools this year. Up to 11 schools will be affected by the restructuring plan by the end of the next school year. OUSD claims the closures will allow it to cover a major budget deficit. However, the parents of Parker students are angered over the lack of transparency in the school board’s financial statements.

This restructuring plan is part of a larger trend in the past 20 years that has seen less funds for public schools and the growth of private charter schools. Having no background in education, billionaires like Bill Gates and the Walton Family of Walmart have backed charter schools as a means to break up teachers’ unions and put their imprint on the U.S. education system, with no public voice in charter schools’ operations.

Meanwhile, schools that serve Black and Brown communities face everything from lack of resources to closures. Affluent communities will face no such penalties, and their schools are likely to benefit from the $10-million grant that OUSD is receiving from the state of California for its restructuring program. Moreover, President Joe Biden recently implored states to allot unused COVID-19 relief funds to police departments and into the carceral state. 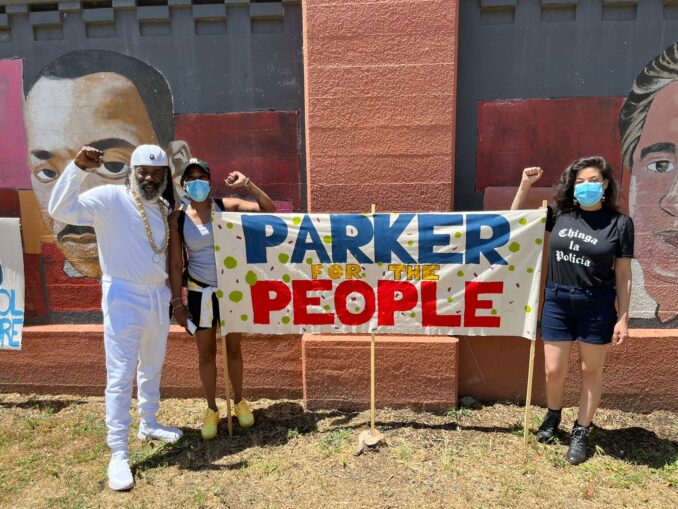 Against these forces, community members served by Parker School, a school strongly rooted in the East Oakland community, are insisting on their fundamental right for their children to have an education. Their occupation goes round the clock in shifts, with members taking on food and security duties in addition to operating the Community School. Occupiers hosted a Celebration on May 28th to build support from the larger community. They are receiving donations for items such as tents, sleeping bags, art supplies, food and dishes.

The Parker Parents are determined to maintain their struggle until their demands are met and the school stays open for their community. More resources and up to date information about the occupation can be found here: linktr.ee/parkerforthepeople.